Things To Do
Barefoot Queen Myrtle Beach Sightseeing, Sunset, & Dinner Cruises
Myrtle Beach Dolphin Sightseeing Cruises
Motor City Musical – A Tribute To Motown
Pirates Voyage Dinner & Show
Comedy Cabana Comedy Show
View All
YOUR PEACE OF MIND IS OUR TOP PRIORITY
Should you need to cancel at any time, you have up to 48 hours from your vacation start date to do so for a 100% future travel credit.
: MYRTLE BEACH POINTS OF INTEREST 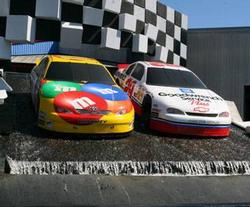 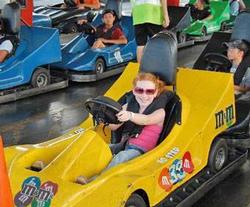 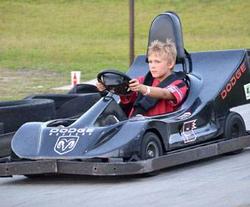 Other tracks include the Competitor, the Intimidator, SlideWays, the Family 500, and the Champions. Several carnival-style rides offer a NASCAR theme and are great for the younger children, while the entire family will love playing and competing in the 50 games at the SpeedDome Arcade! Special events at the NASCAR SpeedPark often feature real NASCAR drivers, so be sure to check the calendar of events often! The kiddos in your crew will find plenty to do as well, include The Qualifier, a 200-foot children's track.

Note: Drivers must be at least 64' tall and possess a valid state-issued drivers's license!