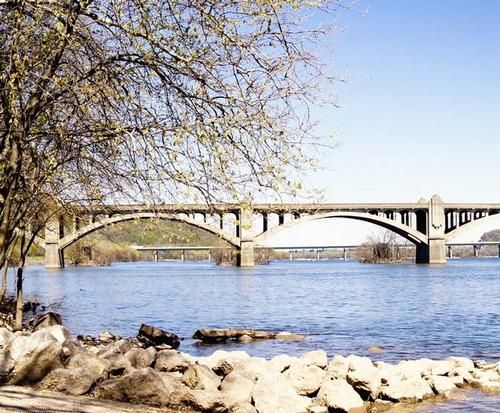 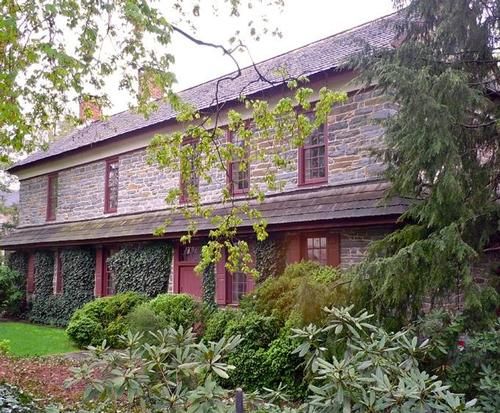 
Wright's Ferry Mansion near Lancaster, Pennsylvania, was built in 1738 by a family of English Quakers.

The family, John and Susanna Wright, moved from Chester and Darby, Pennsylvania to what is now known as Columbia, Pennsylvania to work and live in a more uninhabited area. At the time, the area, right along the Susquehanna River, was wild and untraveled.

Once John and Susanna moved, they immediately began work on their new home. Construction began in 1738 and the house, once finished, was known as a fine example of English Quaker elegance and simplicity. The charm of the house was only overshadowed by the determination and hard work of the people who lived in it. Susanna Wright was a strong believer in industry and encouraged the idea of colonial self-sufficiency. She helped move along many businesses in the area with her determination to make certain that everyone could live independently.

Many of the things she was most interested in promoting included silk production, knowledge of law, and knowledge of medicine. She used her own knowledge in these areas to help others learn through counsel and medical help and is still considered to be one of the most dynamic forces in getting everything settled in the area.

Today, the house is still a beautiful example of the Quaker lifestyle during the 1700s. The mansion has incredible Philadelphia furniture, English ceramics, needlework, metals, and glass that were all created before 1750. While not all of it was in Wright's Ferry Mansion during the Wright's lifetime, it is considered to be authentic and in keeping with the time and lifestyle of the Wrights.