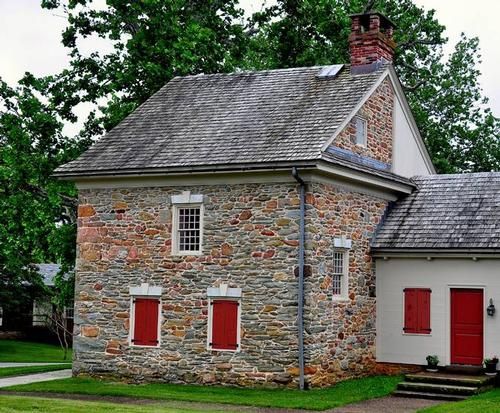 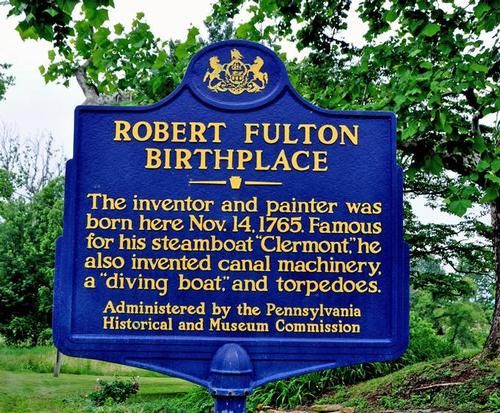 The housing has been restored to its original appearance, and those that walk through can find several exhibits that show the full extent of Robert Fulton's life and how he influenced the surrounding dutch country. Individuals, families and tour groups are perfectly welcome to see the birthplace.

Robert Fulton is known for his invention of the commercially successful steamboat. He made his way into historic fame when he was commissioned by Napoleon Bonaparte to build and design a submarine that would work in its function, so he designed the Nautilus. Robert Fulton became intrigued with steamboats when he formed a working relationship with Lancaster born William Henery, who also was intrigued at the idea. Fulton was always interested in the way ships, waterways and other inventions on the water worked, and he was always trying to create something new.

After meeting Robert Livingston, Fulton decided to build a steamboat with him that would travel down the Rive Seine. The steamboat ran, but Fulton wanted to perfect the design so he made modifications on the strength, size and shape of the hull on the steamboat. Even with all of these improvements, the steamboat eventually sank as it headed down the river.

Visitors of Robert Fulton can also visit nearby hotels like the J & B Hotel, Rawlinsville Hotel, The Red Caboose Motel & Restaurant, Peach Bottom Inn and the Union Hotel Restaurant.