Things To Do
Myrtle Beach Dolphin Sightseeing Cruises
Pirates Voyage Dinner & Show
Le Grand Cirque Myrtle Beach
Barefoot Queen Myrtle Beach Sightseeing & Dinner Cruises
Dino Park Myrtle Beach
View All
YOUR PEACE OF MIND IS OUR TOP PRIORITY
Should you need to cancel at any time, you have up to 48 hours from your vacation start date to do so for a 100% future travel credit.
: MYRTLE BEACH POINTS OF INTEREST 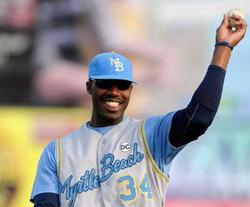 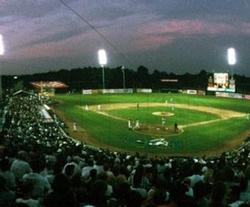 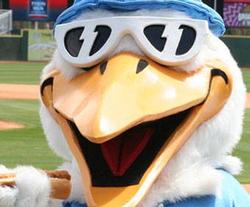 Just a short drive from the beautiful sandy beaches of Myrtle Beach, this stadium has been voted one of the third best attraction in Myrtle Beach. The ballpark has also been listed as the top stadium experience in the Carolina League and as the second best Class-A level ballpark in the United States.

The team has been a minor league affiliate of the Chicago Cubs since 2014 when the Pelicans came to an agreement with the Cubs on a player development contract. The Cubs and Pelicans extended the contract out through 2020. Being an Advanced Class-A affiliate of the Chicago Cubs, the Pelicans have sent many of their players on to play for the Cubs in the majors after each season.

Some of the minor league teams that the Pelicans most often play against are the Winston-Salem Dash, the Carolina Mudcats, the Salem Red Sox, the Potomac Nationals, the Lynchburg Hillcats, and the Wilmington Blue Rocks.

The Pelican's debut season ended with the team advancing to the Carolina League Mills Cup Championship Series, where they ultimately tied 2-2 with the Wilmington Blue Rocks due to the tiebreaker game being canceled because of Hurricane Floyd. This led to the two teams being named co-champions for the season.

A year after setting the franchise mark for most fans through the gates at BB&T Coastal Field, the Pelicans nearly toppled that mark.
Due in part to a series of rainouts throughout the summer, the ballpark's single-season attendance mark from '09 just missed out on edging the 2008 record, but the Pelicans shattered marks for series and homestand attendance throughout the summer.

Their stadium has undergone many changes to locale and name, starting out in Durham, North Carolina, then moving to a different location in the same town and a slight deviation of the name. After this, the Pelicans team was moved to a stadium in Florence, South Carolina to play for a season before settling in at the current stadium named TicketReturn.com Field at Pelicans Ballpark.

Some of the promotions the ballpark runs throughout the season are nightly specials like Weiner Wednesday, Thirsty Thursday, Player Autograph Sessions, Bark in the Park, and much more. These promotions tend to bring the fans out in force, adding to the number of fans seen through the gates of the ballpark each season. Weiner Wednesday allows guests of the stadium to buy one hot dog and get one free, which is a very popular night for the stadium.

The 2009 season ended on a bittersweet note for the Pelicans; on September 15, the club bid farewell to its mascot and beloved 'Home Run Dog' Dinger. The longtime mainstay at BB&T Coastal Field had taken on a lighter role in recent seasons with his younger brother Deuce taking over duties as the club's canine ball caddy, but Dinger still left an indelible mark on the franchise. Upon the announcing of his passing, the Pelicans front office was flooded with cards, gifts, and well-wishes from fans across the nation. Ten days later, however, the Pelicans announced that they had been awarded the 2010 California-Carolina League All-Star Game just one season after hosting the contest for the first time in 2008. Myrtle Beach is the first Carolina League repeat host of the interleague star showcase game since the Pelicans franchise came into existence in 1999.