Contact Us
800-987-9852
YOUR PEACE OF MIND IS OUR TOP PRIORITY
Should you need to cancel at any time, you have up to 48 hours from your vacation start date to do so for a 100% future travel credit.

Long before European influence and movement into the area, various indigenous people wrote about traveling to the area for its sacred healing purposes. Once Europeans arrived, they began to believe that the springs in the area also had magic healing powers. In 2856, a doctor claimed the waters of Basin Spring cured his eye problems and then began marketing the spring water. As time went on, more and more people began to claim that the spring water was healing their diseases and ailments. By 1880, Eureka Springs was founded as a city. The area began to flourish as a spa retreat and tourist destination and eventually became the state's largest city, right after Little Rock. In 1882, a railroad was brought into the city and the city was then established as a vacation resort. The Crescent Hotel and Basin Park Hotel were built soon after the railroad to accommodate the visitors. Since then, the town has continued to flourish as a popular tourist destination.

Much of this beautiful city was developed between the years of 1880 and 1910 and it was placed on the National Register of Historic Places in 1970. You can feel the history of the city beckoning you as you drive through the winding streets. This city has an aura that is unlike anything you have ever felt. A trip to Northern Arkansas is truly not complete with a visit.

Walk along Main Street and explore the unique shops and restaurants. Take a walking tour, sit on a balcony of the Basin Park Hotel and watch as the people pass by, or visit the Historical Eureka Springs Museum. There are also amazing art galleries for those who want to experience this city's rich art scene. When the sun goes down, the fun does not stop. There are around twenty bars in the downtown area and each one offers something different. Some have live music, some have art galleries, and some will be close to your hotel. Whatever your mood is, you'll find the right spot. 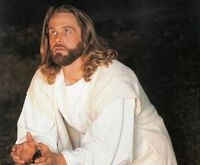 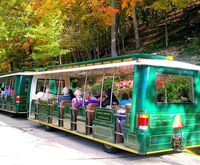 Best Western Inn of the Ozarks