YOUR PEACE OF MIND IS OUR TOP PRIORITY
Should you need to cancel at any time, you have up to 48 hours from your vacation start date to do so for a 100% future travel credit.
Then and Now: You Won't Believe What These 15 Cities Used to Look Like
Travel back in time to some of the most popular vacation destinations.

What if you could hop in a time machine and visit your favorite city back in the early 1900s? Would you do it? How cool would it be to see Las Vegas before it was a booming city filled with casinos or New York City before it exploded into the megalopolis it is today.

Well now you can do just that. We’ve compiled a list of some of America’s most visited cities, so you can take a step away from the present day and venture back in time to see the very first stop light, a freshly constructed Art Institute of Chicago and more.

Take a trip back to the simpler days when the United States was merely a fraction of what it is today. 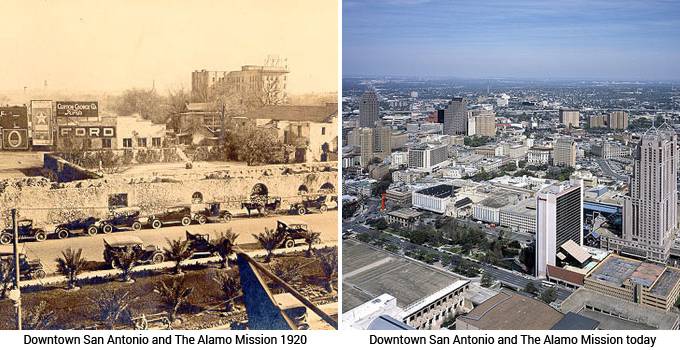 San Antonio was first explored by the Spanish in 1691. By 1778, the settlement’s population was 2,060. The city thrived despite its history full of invasions. As of 2014, the population was an astonishing 1,409,019. Tourism has proven to be of the city’s most valuable industries and many first-time visitors head straight to the site of the famous 1836 Battle of the Alamo. The Alamo was built in the 18th century and originally used as a church, although the complete construction was never finished. 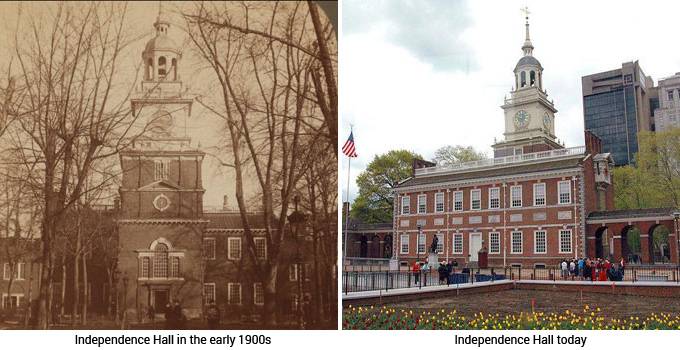 Philadelphia was the largest city in America until 1830 and its streets are home to many historic sites of monumental value. One such site is Independence Hall, where both the Declaration of Independence and Constitution were crafted. Independence Hall is more than 280 years old and was originally used to house Pennsylvania’s colonial government. In 2010, the building’s tower underwent a two-year renovation to replace and restore damaged brick and decorative wood. 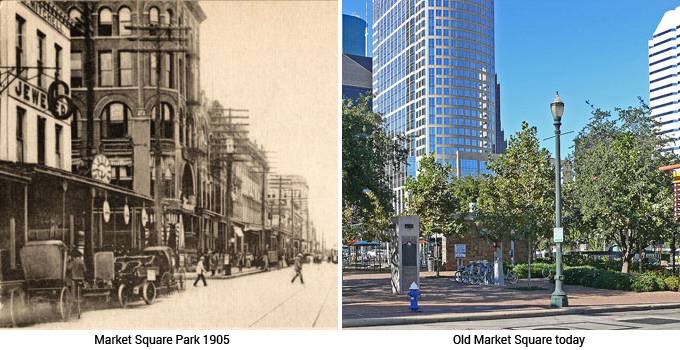 The early 1900s were a prosperous time for Houston because of the ever-growing trade coming in from the Port of Houston. The historic Market Square Park served as an open-air market for fish and produce and was a central hub for trade and commerce in the city’s early days. Today, the square has been preserved and redeveloped for current residents and visitors to enjoy, featuring a performance stage and plaza, an off-leash dog run, a tribute garden, walking trails and more. 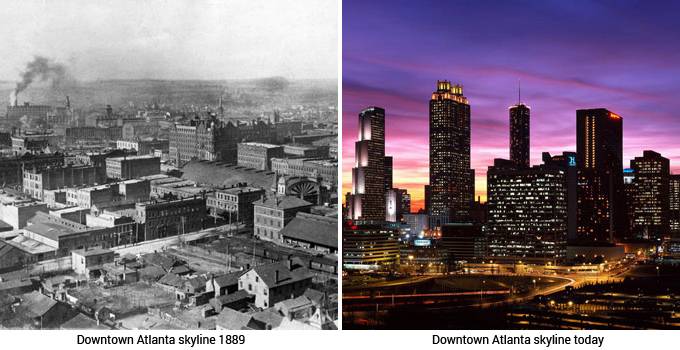 Atlanta’s skyline has had several major makeovers since the late 1800s, showcasing the city’s aptitude for change. Atlanta was founded in 1837 and since then, has grown into a buzzing center of international transportation, with the Atlanta International Airport being one of the country’s busiest. The past decade has seen incredible growth in population, from 2.9 million people to a whopping 4.1 million. 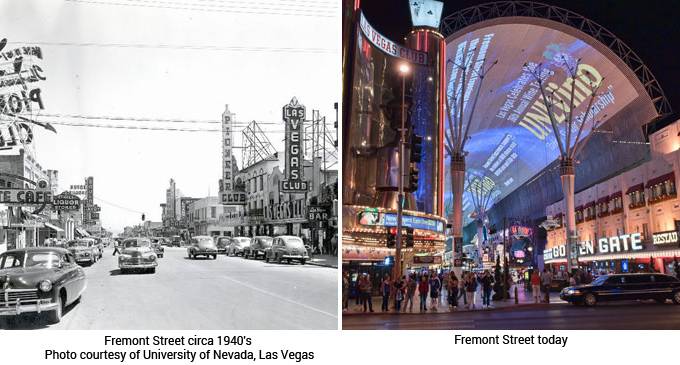 Long before the “Fremont Street experience,” downtown Las Vegas was the city’s main centerpiece. In the early 1900s, Fremont Street was home to the train depot, shops, restaurants, homes, and theaters. Neighborhoods quickly began to sprout up around it and, in 1931, the very first operating street light was introduced. Today, visitors flock to the once humble beginnings of Las Vegas and are welcomed with the glittering streets of modern downtown, the larger-than-life Plaza Hotel & Casino, and a jaw-dropping $70 million light canopy on Fremont Street. 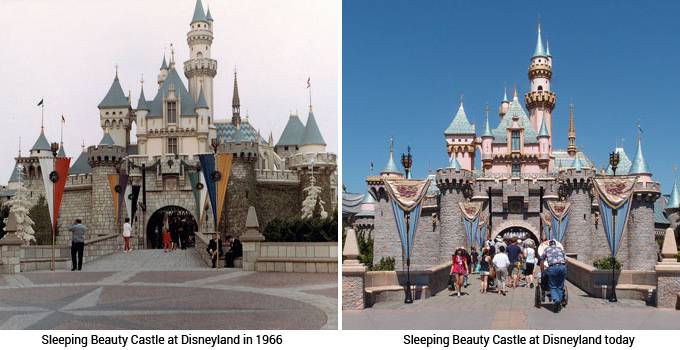 Anaheim was once a small agricultural community of farmers who grew grapes, oranges, walnuts, and chili peppers. The city started off with a population of 881 in 1876, but by 1950, it had grown to 14,556. In 1952, Walt Disney was beginning to make headway on his dream to open a family theme park so he hired a research team to determine the best location. Anaheim was chosen as the perfect place and the grand opening of Disneyland in 1955 proved to be monumental for the city’s economy. By the end of the 1955, Anaheim was four times bigger than it had been just two years earlier. 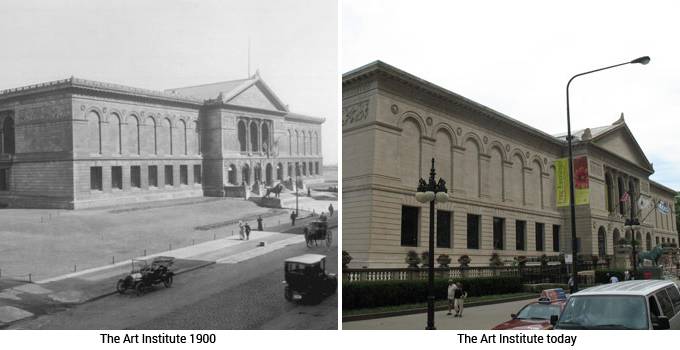 The city of Chicago was incorporated in 1837 and prospered due to its wealth of trade opportunities. But after the great fire of 1871, residents found themselves rebuilding all that had been lost. In 1893, the Art Institute of Chicago was relocated from its original home on West Adams Street to a newly constructed building on Michigan Avenue. Today, the Art Institute of Chicago houses almost 300,000 pieces of art in its permanent collection and is the second largest art museum in America. 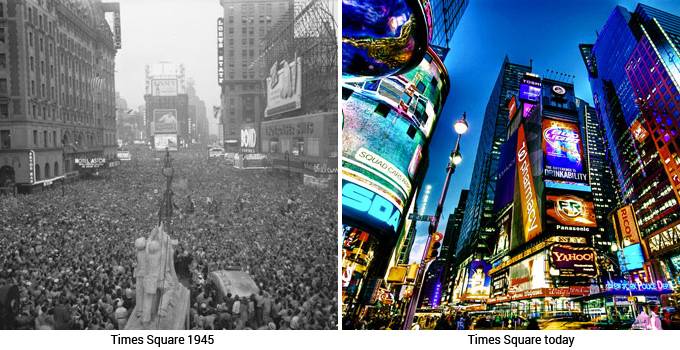 With the opening of the Erie Canal in the 1800s, New York grew to become one of the most valuable seaports on the Atlantic Ocean. The city’s population exploded as millions of immigrants came to New York for passage into the United States during the 1900s. In 1945, the largest crowd in the history of Times Square gathered to celebrate the Japanese surrender and the end of WWII. Over the last two decades, the Times Square District has become a popular New York City attraction for visitors, especially on New Year’s Eve, when people gather to watch the ball drop. 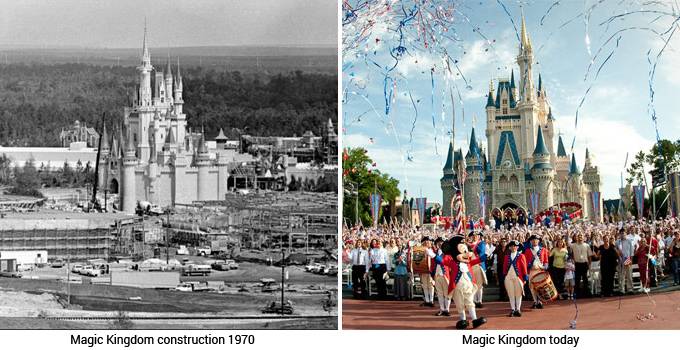 Following the conclusion of WWI, Orlando real estate grew in value and the city’s population doubled during the 1920s. The end of WWII brought additional economic growth to the area and tourism quickly became one of Orlando’s largest industries. With the grand opening of Walt Disney World in 1971 and SeaWorld in 1973, tourism increased even more drawing visitors from across the globe and earning Orlando the title of one of the world’s most popular vacation destinations. 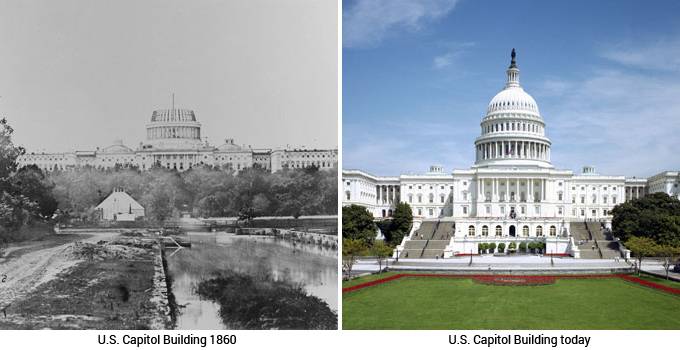 Washington, D.C. was founded in 1790 and construction on the U.S. Capitol Building spanned the years of 1793-1829. Although George Washington chose the site of the city itself, French engineer Pierre Charles L’Enfant chose the location for the building atop what was Jenkins’ Hill at the time. He described the hill as “a pedestal waiting for a monument.” The Capitol Building has gone through many periods of construction and restoration, but it still stands today amid the growing city. 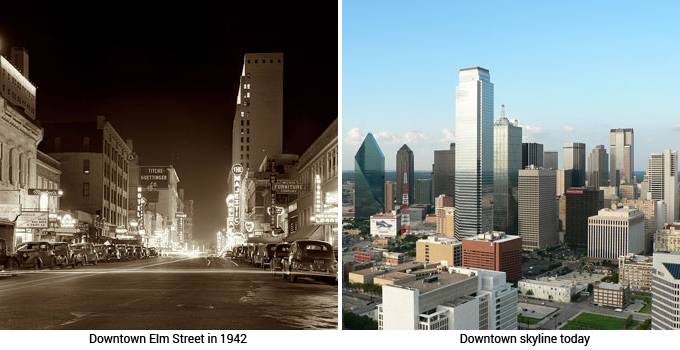 Dallas was founded in 1841 and just 49 years later, it had grown to be the most populated city in Texas. In 1930, oil was discovered just east of Dallas and the oil industry quickly took root in the area, bringing even more commercial success. In 1963, President Kennedy was assassinated in the streets of downtown Dallas, casting a dark shadow on the city, but strong leadership and the opening of Six Flags, the Dallas/ Ft. Worth International Airport, and increased tourism has made Dallas one of the leading U.S. locations for recreation, conventions, and entertainment. 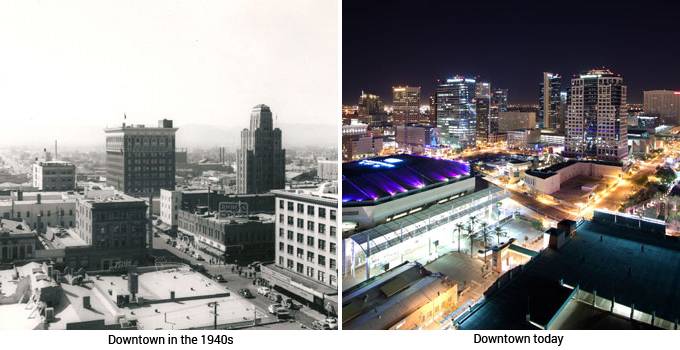 In the 100 plus years of Phoenix’s existence, it has grown to encompass nearly 2,000 square miles with and over 4.37 million people who call the city home. The coming of the railroad really transformed the area, increasing trade and inviting more people to settle there. The current downtown area was actually the entirety of the city in the late 1800s and was purchased for just $50. Today, downtown Phoenix is a hub of museums, restaurants, historical sites, and a flourishing art scene. 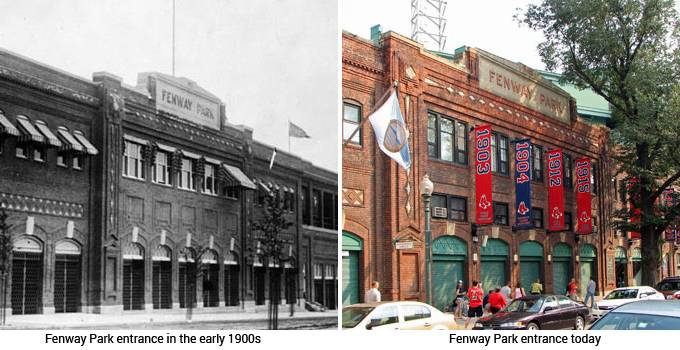 After the Revolutionary War ended, Boston rose to become one of the most prosperous international trading ports in the world. The Port of Boston, originally located in the downtown area, also served as passage for many immigrants. But Boston isn’t just known for its wealthy port — it’s also home to the oldest baseball stadium used by the Major League. The famous Fenway Park[1] first opened in 1912 and the Boston Red Sox continue to play home games there, alongside the infamous 37-foot-2-inch leftfield wall, the Green Monster. 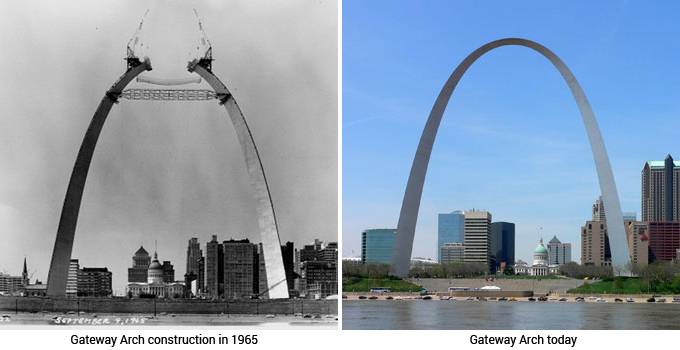 During the 19th century, St. Louis was a bustling center for trade and industry. Its eagerness to adopt new technologies and advances propelled it into the 20th century with full force while the automobile production boomed. A lack of housing following the Great Depression and WWII drove many to the suburbs, so projects like the Gateway Arch[2] and Busch Memorial Stadium were meant to bring people back and rejuvenate the city. The Gateway Arch stands as a “Gateway to the West” in honor of pioneers like Lewis and Clark. The north leg of the 630-foot arch opened in 1967 with the south leg following suit in 1968. 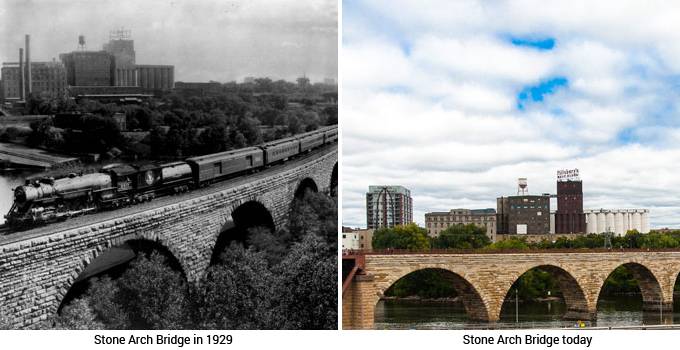 Also known as the twin cities, the Minneapolis-St. Paul area has a rich history intertwined with the railroad industry. One beautiful historic site to see is the Stone Arch Bridge in Minneapolis. It was constructed in 1883 and connects the east bank of the Mississippi River with the west. The bridge is a National Civil Engineering Landmark that was once used to provide passage for people and goods across the river by train. Today, the bridge has been converted into a walking and biking trail, providing visitors and residents with fantastic views of the city and St. Anthony Falls.

Which American city would you like to have visited in the past? Do you think modern advancements have made them better or worse? Let us know!