Menu
×
Home About Contact Us Guest Columnists About Contact Us
10 Reasons Why Cape Cod is the Ultimate Whale Watching Destination
Whale you sea what it’s all about? Because you’re shore to have a good time.

Humpback whales have been classified as an endangered species[1] for more than four decades now, and in April of this year, the U.S. Government proposed that most of the world’s humpback whales be removed from the list. The humpback population in most areas around the world has increased and continues to grow steadily, but the proposal to revise the endangered species listing would still classify the populations in Central America and the Western North Pacific as “threatened.”

It’s unfortunate that these incredible creatures were (and some still are) in danger of becoming extinct, but responsible whale watching is a great way to spread awareness about the importance of conservation. And Cape Cod just happens to offer some of the best whale-watching opportunities in the world.

Cape Cod is located off the coast of Massachusetts in the North Atlantic Ocean; the same location where whalers used to hunt whales years ago. Today, whaling is prohibited but thousands of visitors still travel to the area annually to experience these gigantic mammals up close. If you’re one of those wanting to catch a peek of the famous humpback whale, you might consider Cape Cod for the following reasons.

Cape Cod is known for its stunning coasts, and it is no surprise that it is equally known for its cruises which set out to see gorgeous humback whale in its natural environment. 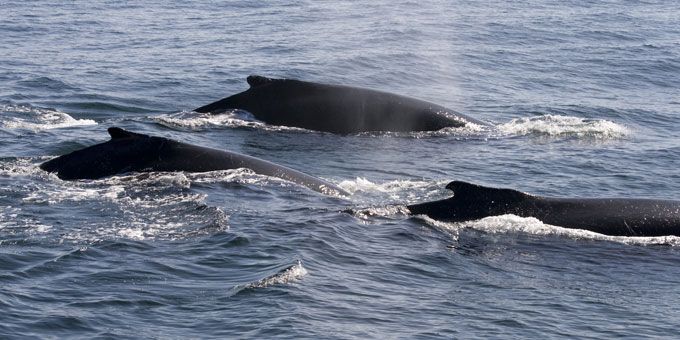 Cape Cod is well-known around the globe for its high population of whales, especially through the months of April-October. The whales migrate to the Cape Cod area to feed on schools of fish there. Stellwagen Bank[2], an area located between Cape Cod Bay and Massachusetts Bay, is one of the most popular locations for whale watching in Cape Cod.

2. Cape Cod has a long history of whale watching.

The first recreational whale-watching trip in Cape Cod dates back to 1975. Forty years later, thousands of tourists still travel to Massachusetts every year to get a glimpse of one of the largest mammals in the world. Although the hunting of whales is also a large part of Cape Cod’s history, it was banned by the International Whaling Commission in 1986 to protect whales from going extinct.

3. A variety of different whales migrate to the area every year.

If you’re going whale watching in Cape Cod, be prepared to see a diverse assortment of whale species. Finbacks, humpbacks, orcas, pilot whales, and right whales are just a handful you may encounter. 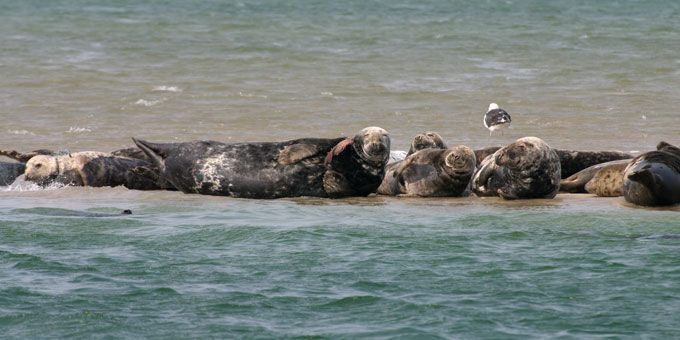 The waters of Cape Cod are brimming with a vast assortment of marine life. The National Park Service reported more than 450 species of animals including whales, seals, turtles, waterfowl, dolphins, and crabs so you’re likely to see seals sunbathing, gulls dipping down into the water for a bite to eat, and dolphins leaping through the waves. And of course, most whale-watching cruises guarantee whale sightings. Which brings us to our next point …

5. You’ll get some fantastic photos.

The kinds of sights you’ll see while on a whale-watching cruise in Cape Cod easily rival what you see in National Geographic; they’re simply stunning. Capture remarkable views of the whales under the sea from above, those enormous tails as they slap the water’s surface, or you might even get lucky enough to catch a whale breaching, with 90 percent of its body above the water. A visit to Cape Cod ensures that you’ll walk away with one-of-a-kind photos.

Have you been whale watching in Cape Cod? Add your comments below. ↓

6. Your guides will know their stuff.

Companies in Cape Cod that provide whale-watching trips only hire educated and knowledgeable staff, many of whom have completed a marine naturalist training courses or collegiate studies in natural sciences. Make sure to listen closely to what they say and you might just leave with a whole new perspective on whales and marine wildlife. 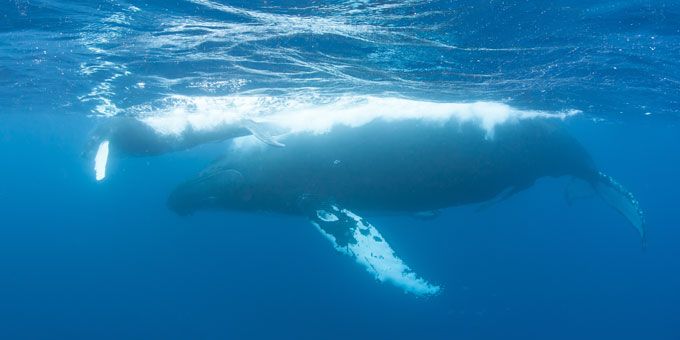 7. Things could get pretty personal.

While your guide will share a lot of general information about all kinds of whales, some may even be able to share the personal story of certain humpback whales by using the markings on the underside of the tail to identify them. These unique markings are like the “fingerprints” of a whale, which allows researchers to identify the same ones each time they see them. So not only will you get a glimpse of these amazing creatures in their natural habitat, but you might just hear a little bit about where they’ve traveled and their offspring as well. 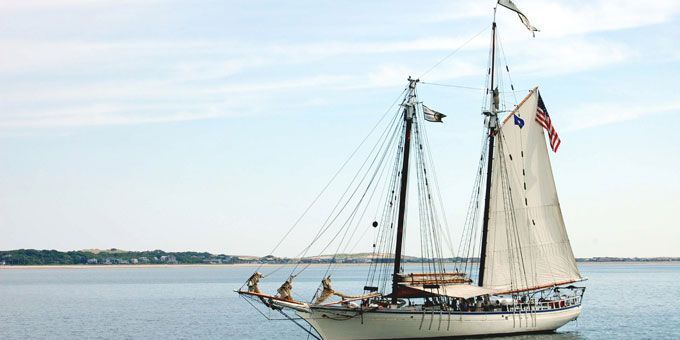 9. Boating in Stellwagen Bank is perfect for the whole family.

No matter what age group you’re vacationing with, everyone can enjoy an exciting boat ride. Whale sightings are guaranteed but sailing out to the bank is half the fun! If you don’t want the big commercial fishing boat, you can also go the kayak or canoeing route, for a quieter, more relaxed boating experience. 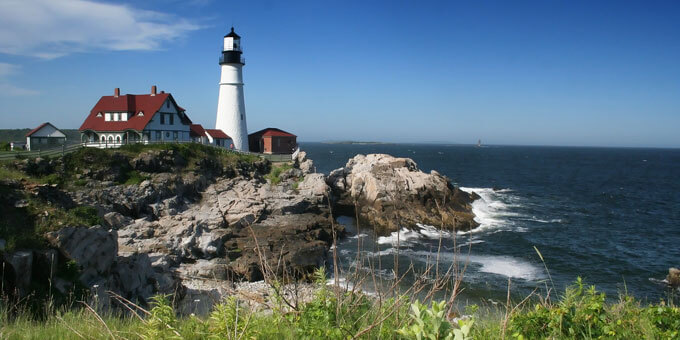 10. When you’re finished, there’s even more fun to be had.

Once the excitement of your whale-watching adventure has ended, there’s still more to discover in nearby Provincetown, Wellfleet, and Hyannis. Choose from gorgeous sandy beaches, scenic walking trails, historic lighthouses, and fascinating art galleries to make your trip to Cape Cod a well-rounded adventure.

Have you ever been whale watching before, or would you like to go? Tell us what you want to know about whale watching in Cape Cod in the comments below!