However, there are still plenty of things to do. See top rated activities below.

Most guests spend 1 or 2 days at each Disney park.

There's no place on earth as magical and enchanting as the incredible Walt Disney World Resort theme park. Whether you want to experience the wonder of the Magic Kingdom Park, head onto the big screen at Disney-Hollywood Studios, take a walk on the wild side at Disney's Animal Kingdom Theme Park, or explore the incredible universe around you at Epcot, this ticket will allow you to custom-create your own, unforgettable Disney experience. Simply select how many days you would like to spend at the resort, and you'll be able to enjoy the ease of meeting Mickey, Cinderella, and all the gang at the Walt Disney World Resort!

The magic of Disney begins at the Magic Kingdom Park, where fairy tales filled with beautiful princesses and handsome princes come alive! The spectacular Cinderella Castle stands high against the Disney sky, as enchanting shows, rides, attractions, parades, shops, and, of course, the lovable Disney characters fill the streets of the Magic Kingdom Park. The New Fantasy Land attraction is expanding and features Storybook Circus, where guests can explore the world of Dumbo the Flying Elephant. 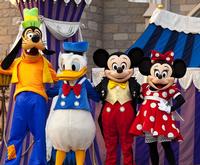 This theme park is one wild adventure! The magic of Disney's favorite characters from the Lion King, Jungle Book, and other mingle together with a real African safari setting. You'll head out across the savannah as you encounter giraffes, elephants, rhinos, and many more exotic animals in their natural habitats. Of course, the thrilling rides, live shows, enchanting parades, and unique attractions make this experience a truly wild adventure into the Animal Kingdom! 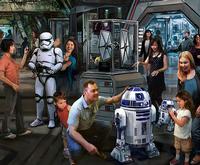 
Step into the limelight and behind the camera at this fabulous theme park that pays tribute to the world of Hollywood film and the popular entertainment industry! Jam in your stretch limo on the heart-pounding Rock 'n Roller Coaster Starring Aerosmith, then prepare to be dazzled by the unbelievable display of stunt work at Lights, Motors, Action! Extreme Stunt Show. Other incredible stage shows, attractions, rides, and characters will help bring the movies to life for the entire family!


Explore the far reaches of the globe before heading out into the far reaches of the universe at this fantastic Disney theme park. Anyone who has ever dreamed of flying will love Soarin', one of the park's newest thrills that takes guests 40 feet high in the sky for breathtaking views of Yosemite National Park, Anza Borrego State Park, San Diego Harbor, and much more! If you're not interested in staying earthbound, be sure to blast-off on Mission: SPACE. This fully immersive 3-D experience will have you and your team of fellow astronauts piloting your spacecraft into the stars. The 3-D adventures, interactive experiences, rides and live shows all make Epcot an unforgettable Disney experience.

"This park is perfect"
This park is perfect, only perfect.We went 9 days and they didn't´t were enough to enjoy it, nice, clean, organizated and it's a complete unforgotable experience . The only comment it's that in hollywood studios it wasn't´t open the star wars ride and the narnia place it's insulting (we don´t want to see the trail of a movie we already saw, standing up and..That´s all)