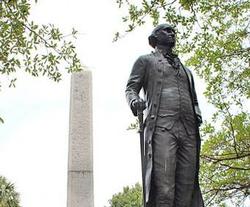 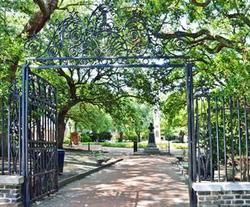 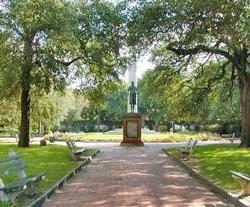 75 Broad St Charleston, , SC 29401
Details
Location
Washington Square Park is Charleston's first public park. Several statues and monuments in the park honor some of the great people from South Carolina. In the center of the park is a memorial to the Washington Light Infantry. The memorial is made of Carolina gray granite and is a miniature version of the Washington Monument in Washington, D.C. The memorial is about forty-two feet high and is inscribed with the names of important military battles. It was unveiled on February 23, 1891. Also in the park are monuments to General Pierre Beuregard, Henry Timrod, and George Washington.