YOUR PEACE OF MIND IS OUR TOP PRIORITY
Should you need to cancel at any time, you have up to 48 hours from your vacation start date to do so for a 100% future travel credit.
The Story Behind Your State’s Nickname (Part 2)
We told you we’d be back with more, so here they are!

If we didn’t get to your home state last time, we’re back with the other half of the list! We hope you learned something new with Part 1 of The Story Behind Your State’s Nickname, and if you haven’t read it yet, be sure to check it out. There’s bound to be a surprise or two with these last 25 states as well, so hang tight if we haven’t hit your home state yet.

Now you may know which state is known as the Magnolia State or which is called the Show-Me State, so learn about the rest of the states' nicknames!

This nickname was popularized in 1895 in reference to the state’s high production of gold, silver and copper. “The Stubbed-Toe State” is another humorous nickname, first published in 1922. The name comes from the fact that an amateur hiker might walk away from the mountains of western Montana with a few stubbed toes.

Corn has always been Nebraska’s top cash crop. When pioneers first settled on the land, they had to husk corn by hand because husking machinery hadn’t been invented yet. Cornhuskers are often associated with University of Nebraska football as well.

This phrase started appearing on license plates in the 1980s as a result of the 1858 Comstock Lode discovery and a silver rush to the area. Today, Nevada is the second largest producer of silver and the fourth largest producer of gold in the country. 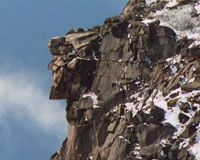 A large number of granite formations and quarries merit the nickname “The Granite State.” One of the state’s most well-known granite formations was The Old Man of the Mountain, located on New Hampshire’s Cannon Mountain. It measured 40 feet tall and 25 feet wide, but unfortunately, it collapsed in 2003 as a result of erosion.

The first reference to New Jersey as “The Garden State” was in 1876 at the Philadelphia Centennial Exhibition. Both Abraham Browning, the first Attorney General under the constitution, and Benjamin Franklin have been credited with creating the nickname for similar reasons. Browning said New Jersey “is an immense barrel, filled with good things to eat and open at both ends.”

Declared the official state nickname in 1999, the “Land of Enchantment” refers to the abundance of natural beauty and its broad cultural history. Some of the state’s natural features include the white gypsum sand dunes at White Sands National Monument, the Rio Grande Gorge, Capulin Volcano, and numerous towering red rock buttes.

In 1785, George Washington wrote a thank you letter addressing the New York Common Council and referring to New York as the “seat of the empire” because of its plentiful resources and wealth. The nickname has been carried on and the phrase can be found on New Yorker license plates.

The origin of this phrase is muddled and may very well be lost to history, but one of the most common theories is that it comes from the state’s long history of naval stores production. From 1720 to 1870, North Carolina was one of the largest producers of tar, pitch, rosin and turpentine, in the world. 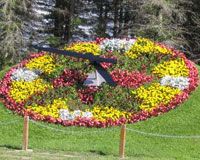 Since 1957, “The Peace Garden State” has been the state’s official nickname and pays tribute to the International Peace Garden that straddles the Canadian border. The garden features a number of highlights including the Historic Interpretive Center, a 9/11 Memorial, and large floral clock that stretches 18 feet in diameter.

Ohio is well-known for its official state tree, the buckeye tree. The buckeye tree bears nuts that early settlers and Native Americans thought looked just like the eye of a male deer. The term “buckeyes” became popular during the presidency of William Henry Harrison in 1840.

Before the land that would eventually become the state of Oklahoma was open to claim, some settlers broke the law and claimed plots of land before the government gave the okay to do so. These early pioneers were nicknamed “sooners” and the name stuck. In 1908, the University of Oklahoma even adopted the name for its football team.

Beavers have always populated the waterways of Oregon and are an integral part of the state’s history. Early pioneer trappers would hunt them to trade their fur, which was highly valuable in America and Europe until the mid-eighteenth century. The beaver was declared Oregon’s official state animal in 1969 and represents the qualities that Oregonians like to be associated with, such as diligence and resourcefulness.

The Declaration of Independence, the Constitution, and the Gettysburg Address were all written in Pennsylvania, making the state a major cornerstone in the development of the United States. The literal definition of the word “keystone” is, “a central stone at the summit of an arch, locking the whole together,” which rightly illustrates Pennsylvania’s role in the union. Although it’s not certain who coined the phrase “The Keystone State,” it has been in use since the early 1800s.

This nickname goes beyond the fact that Rhode Island borders the Atlantic Ocean. As the smallest of the 50 states, Rhode Island boasts nearly 400 miles of ocean shoreline (coves, bays, and islands included.) This is particularly striking because the entirety of the state only measures 37 miles wide and 48 miles long. 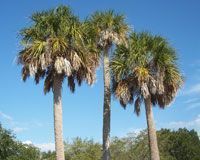 The palmetto tree is the state tree of both South Carolina and Florida, but it has a certain significance to South Carolina’s history. While the Revolutionary War was still raging in June of 1776, Charleston patriots defended themselves against the British with a fort made of palmetto tree trunks and emerged victorious. 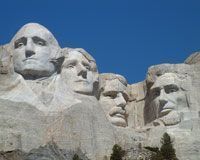 South Dakota is home to the famous Mount Rushmore, a gigantic rock sculpture carved into the Black Hills. The sculpture features the faces of Thomas Jefferson, George Washington, Theodore Roosevelt, and Abraham Lincoln, and took the sculptor, Gutzon Borglum, nearly 15 years to complete! The state nickname reflects the pride both residents and visitors feel in regards to such an inspiring monument.

Tennessee has long been a state filled with brave volunteers, but the nickname didn’t gain a wide acceptance until the Mexican War from 1846-1848. During that time, the Tennessee governor asked for 2,600 volunteers to assist in the war. An overwhelming response of 30,000 volunteers responded to his call, and they became the most well-known and reputable group of volunteers in the area.

The lone star has been a symbol of Texas since the 1800s and the Texas state flag displays it proudly. The Texas Legislature declared the red, white, and blue colors to symbolize bravery, loyalty, and purity.

There are several different nicknames for Utah, most related to the early Mormon settlers of the area. “The Beehive State” nickname stems from a legend that claims these settlers carried swarms of bees with them. Historians suggest this legend isn’t quite truth, rather, the beehives represented the tenacity, competence, and strength of the settlers themselves.

Vermont was originally settled by the British and the French in the 18th century and the nickname actually comes from a French phrase, “montagne verte” which means “green mountain.” The first clergyman to visit the area named the Green Mountains in 1761.

King Charles II declared this nickname because of the state’s devotion to the crown during the English Civil War. Virginia is also known by some as the “Mother of Presidents” because it is the birthplace of George Washington, James Madison, Woodrow Wilson, John Tyler, Thomas Jefferson, James Monroe, Zachary Taylor, and William Henry Harrison.

A pioneer, C. T. Conover, was the first to use the nickname “The Evergreen State,” but it was made official in 1893. Washington has an abundance of evergreen forests across the state and those forests contain about 25 native tree species, according to the Washington Forest Protection Association.

The state of Virginia has the highest average altitude of the states east of the Mississippi and is well-known for its rugged, mountainous landscape. The Allegheny Mountains cross the entirety of the state and play a large role in the state’s popularity for tourists. 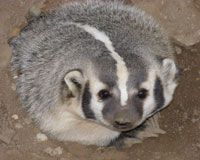 The origin of this nickname actually comes from Illinois, not Wisconsin. Back in the 1800s, lead miners in Illinois lived in hillside caves that were called badger dens. The housing was temporary, but the miners were nicknamed “badgers” because of it. Eventually, these miners moved to Wisconsin, where the name followed and stuck.

The men of Wyoming really needed some ladies back in the mid 1860s. The male population in the state outnumbered the females six to one and the overall population was too small to qualify for statehood, so lawmakers made it legal for women to vote, in hopes that the change would attract more females to the area.

What do you think of your state’s nickname? If you had the choice, what would you choose for a state nickname? Share below!