YOUR PEACE OF MIND IS OUR TOP PRIORITY
Should you need to cancel at any time, you have up to 48 hours from your vacation start date to do so for a 100% future travel credit.
16 Popular Movie Filming Locations Worth Seeing in Real Life
Step behind-the-scenes of favorites like Avatar, Star Wars and Lord of the Rings.

While watching a movie, it’s all too easy to transport ourselves to another time or location without even giving it a second thought. We get so engrossed in the plot that we forget the scenery featured in the movie is actually somewhere here on Earth, and possibly even close by.

If you take the time to visit some of these locations, you might just gain a whole new appreciation for filmmakers and their ability to transform a filming location into something new and exciting that sometimes isn’t even recognizable. Read on to discover a few of these destinations that will take you behind the scenes of some of your favorite Hollywood productions.

Pop culture spans generations, offering up unique ties to people of all ages. Whether you are a horror-lover or enjoy Tolkien-esque fantasy, these movie locations offer insight into some of the biggest cinematic scenes of all time. 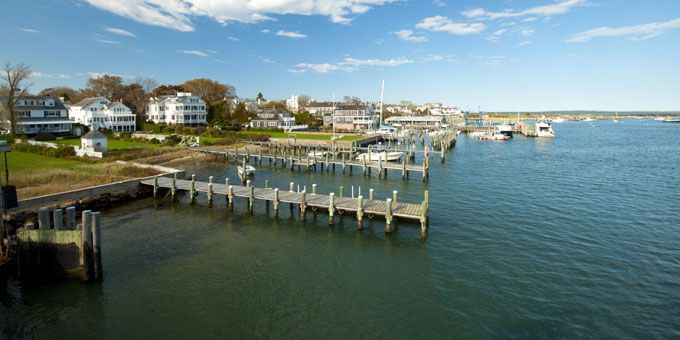 Martha’s Vineyard may be well known for its whales but it’s also famed for Steven Spielberg’s classic 1975 movie Jaws (1975). Tourists tend to make their way to The American Legion Memorial Bridge, also known as Jaws Bridge, where the infamous shark attack scene was filmed. It’s become quite the tradition for many first-time visitors to jump off the bridge into the water below, so have at it. Just watch out for sharks. 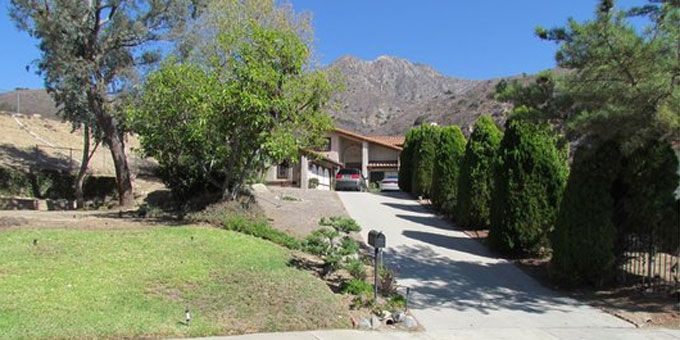 2. The house from E.T. in California

If you thought a visit to the Breaking Bad house was cool, consider stopping by the northern Los Angeles home where the most likeable (and creepy) alien lived while he was here on Earth. E.T.: The Extra-Terrestrial was filmed against the backdrop of the San Gabriel Mountains in California, so enjoy a drive-by viewing of the house at 7121 Lonzo St., Tujunga, CA and continue east to enjoy the mountains or back south to the excitement of Los Angeles. 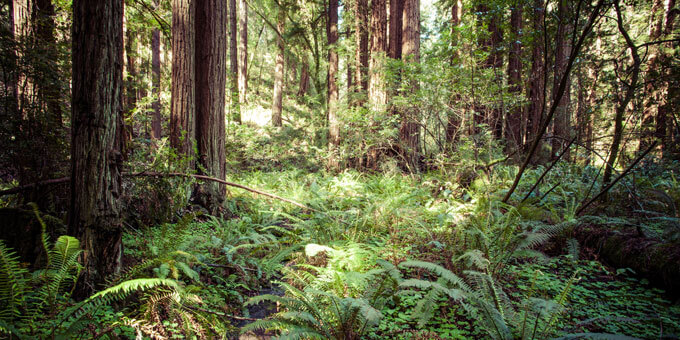 3. The Forest Moon of Endor (or Redwood National Park)

The scenes featuring the gigantic trees of the Forest Moon of Endor in Star Wars Episode VI: Return of the Jedi were filmed in California’s Redwood National Park. Death Valley, California was also used as a filming location to create a more celestial landscape for the 1983 blockbuster, but the crew managed to do all their filming in secrecy under a false title to avoid unnecessarily price hikes. 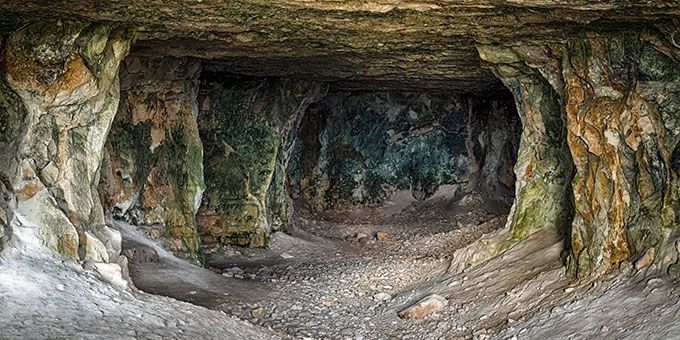 Loki’s escape through the underground passages in Marvel’s The Avengers (2012) was filmed inside 150 miles of abandoned limestone tunnels underground Creekside Mushroom Farm in Worthington, Pennsylvania. The company stopped growing mushrooms five years ago, but up until then, it was the only underground mushroom farm in the country and the largest mushroom facility in the world. Even though you can’t go down into the tunnels, you can attend a Mushroom Festival[1] (almost as great?) just east of Worthington in Kennett Square, Pennsylvania, where mushrooms are still the livelihood of the town. 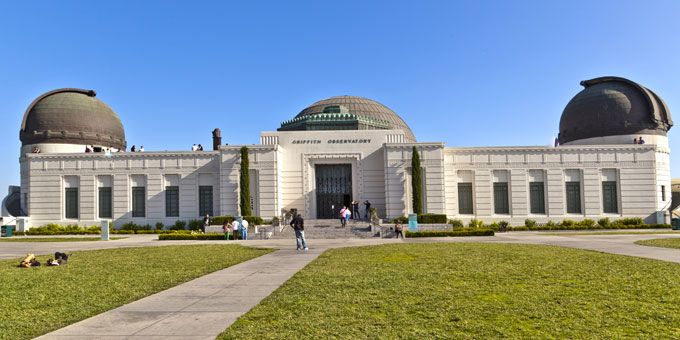 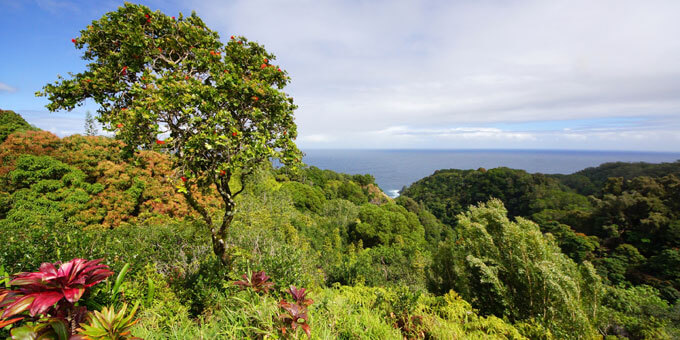 James Cameron filmed some of the scenes from the top-grossing 2009 movie Avatar in Hawaii at the Keahua Arboretum[3], a nature preserve on the island of Kauai. The lush rainforest was the perfect setting for the live-action sections of the CGI-heavy movie. If you get the chance to visit the area, take advantage of the Kuilau Ridge Trail, picnic areas and the views of Mount Waialeale. 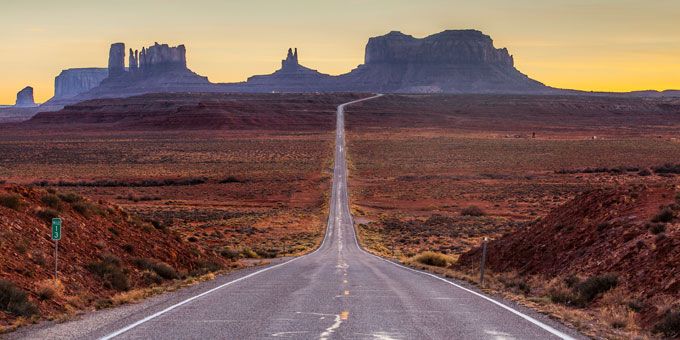 If you really wanted to, you could retrace Forrest Gump’s cross-country trek that spanned three years, two months, 14 days and 16 hours, and ended in Monument Valley, Utah. But you might get a little tired. (Tom Hanks didn’t actually run that whole time while filming. His brother actually did a lot of the running for him.) For whatever reason, Monument Valley inspired Gump to finally go home. 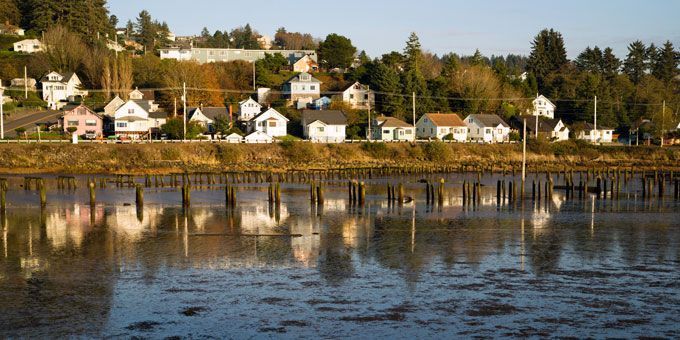 8. The city of Astoria, Oregon

What seems to be just a boring, seaside town was actually the filming location for a number of popular movies including The Goonies, Short Circuit, Free Willy 1 and 2, The Ring and The Ring 2 and Into the Wild. Spend a few hours at the Oregon Film Museum[4] in Astoria to learn about all the different filming locations in the city and then head out to see them for yourself.

Which destinations would you like to visit? Add your comments below. ↓ 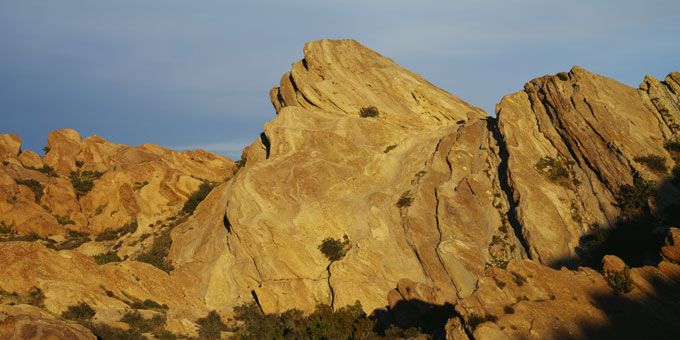 The very celestial-looking Vasquez Rock formation[5] was used in several different episodes of Star Trek to represent various planets. In fact, the outward protruding formation earned the name “Kirk’s rock” after being featured with Captain Kirk so many times. The location has become a popular filming spot and was also featured in Holes, Joe Dirt, Planet of the Apes and TV shows like The Big Bang Theory, Friends, Numb3ers and NCIS. The formation is located at 10700 W. Escondido Canyon Rd., Agua Dulce, CA. 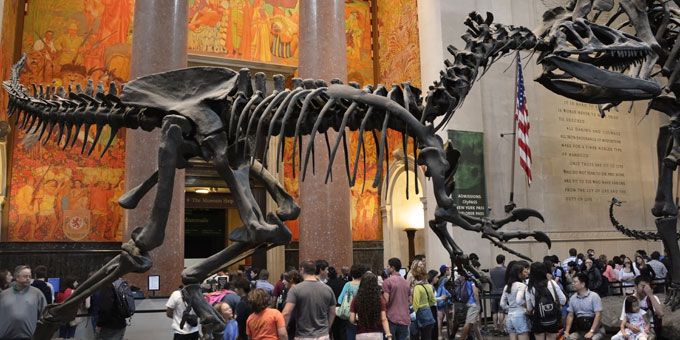 10. The American Museum of Natural History in New York City

Whether or not the exhibits come to life after the sun goes down at the American Museum of Natural History[6] is still in question, but you can easily stop by for a visit during the day. The 2006 movie starring Night At the Museum starring Ben Stiller features exterior shots of the real museum in New York City, but the interior shots in the movie were actually filmed on a soundstage in British Columbia. The set was modeled after the American Museum of Natural History. 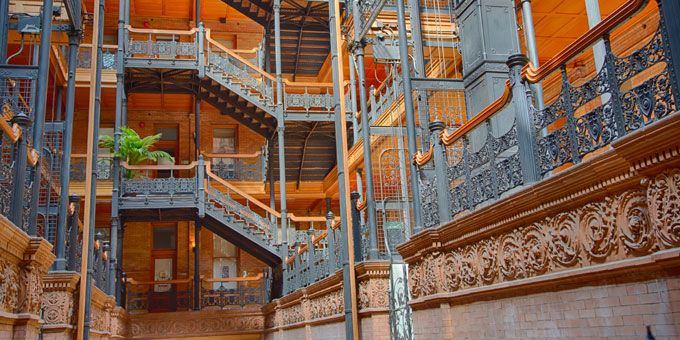 Scenes from Blade Runner, 500 Days of Summer the award-winning film The Artist were all filmed at The Bradbury Building[7], the oldest commercial building in downtown Los Angeles. (Remember when Joseph Gordon-Levitt meets a girl named Autumn at the very end of the movie while waiting for his job interview? That was in The Bradbury Building!) Open cage elevators and decorative iron railings brag its old age and directors seem to like its photogenic character. 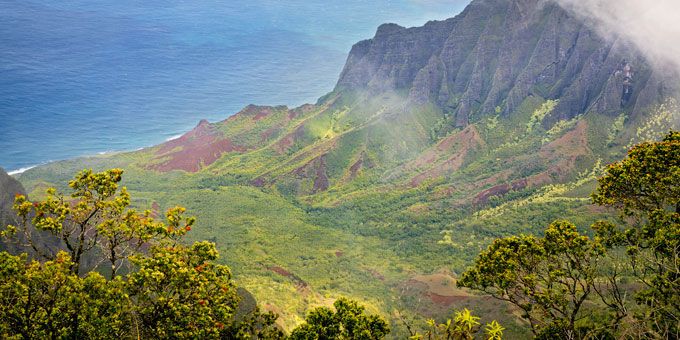 12. The Hawaiian island of Kauai

Most scenes from Steven Spielberg’s Jurassic Park were filmed on Kauai and the Valley House Plantation Estate on the northeastern shore was used to film the sick Triceratops scene where Alan and Ellie crouch down to touch the prehistoric creature. Spielberg’s Raiders of the Lost Ark was also filmed on the island; its tangled vegetation doubling as the exotic Peruvian jungle. 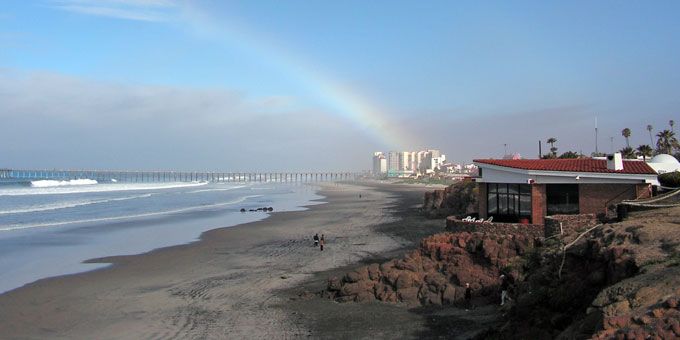 The popular James Cameron film Titanic was filmed at Rosarito Beach in Baja California, Mexico, just an hour south of San Diego. The studio in Baja California was home to a tank filled with 17 million gallons of water, another interior 5 million gallon tank, several sound stages, and a 775-foot long Titanic replica model. Some of the filming was also done at the Belmont Olympic Pool in Long Beach, California.

The gardens and crops surrounding the homely Hobbiton[8] featured in Peter Jackson’s Lord of the Rings series were actually planted a year before the filming of the first movie. Hobbiton was built and designed with the fictional landscape described by J.R.R. Tolken in the books and the set still stands today. In fact, people travel from all over the world to take a two-hour tour of the set. Hobbiton, although originally just a movie set, is now a permanent tourist attraction. 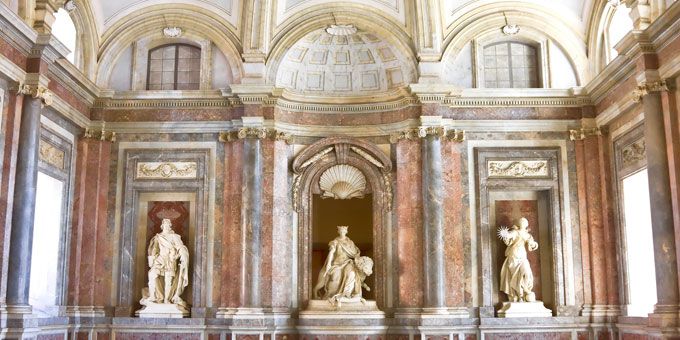 15. Royal Palace of Caserta in Italy

The Royal Palace of Caserta[9], just north of Naples, doubled as Queen Amidala’s castle on Naboo in Star Wars Episode 1: The Phantom Menace. If you’re lucky enough to get to Italy in your lifetime, definitely check it out. The 18th-century palace has 1,200 rooms, 34 staircases, is certainly majestic enough for a queen. You can take a tour of this historical world heritage site’s grounds most days of the week.

Yes, Hogwarts is real. (Kind of). Several different locations were used in the filming of the first two Harry Potter series to represent Hogwarts School of Witchcraft and Wizardry, but one such location was Alnwick Castle[10] in Northumberland, England. An enclosed, outer area of the castle was used for the scene where Madame Hooch gives her flying lesson. The Downton Abbey 2014 Christmas special was also filmed here.

Know of any other interesting filming locations we forgot to mention? Have you been lucky enough to stumble upon any filming taking place? Share your stories with us in the comments below!