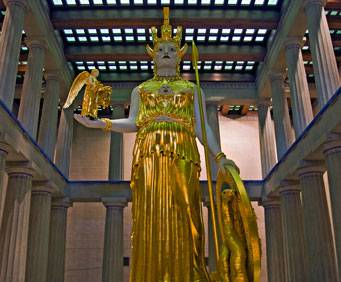 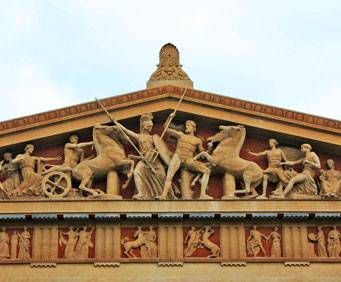 The Parthenon in Nashville, TN

The Nashville Old Town Trolley Tour is the perfect way to experience the city; embark upon this tour to see Music City like you never have before on a family-friendly adventure.

The following tours go by Parthenon:

View the beautiful city of Nashville like you never have before with the Nashville Night Trolley Tour; this tour transports you around the country-music hot spot while the city lights are sparkling and the night life bustling.

The New Nashville City Trolley Tour
1/22/2020 - 12/31/2020
This brand new city tour from the Grayline features some of the most amazing sights and more in the Nashville, TN area. Climb aboard an immaculate double-decker bus for an unforgettable journey through some of the most popular areas of Music City.

Nashville, TN is one of the most interesting cities in the United States, making it the perfect place to embark on a city tour.

Parthenon is a Tour Stop / Pick Up for the following tours:

Climb aboard a charming narrated trolley tour for a through the streets of downtown Nashville as you see sites including the Ryman Auditorium, the Country Music Hall of Fame, and the Parthenon, where you can get off and explore at your leisure. Get to know the Nashville area as you see beautiful landmarks with the option to personalize your right where you can get off at any time to get an up close look at certain areas.

Experience a piece of ancient Greek history at Nashville's replica of The Parthenon, completed in 1897 as part of the city's centennial project.

Highlights of this architectural wonder and art gallery include the statue of Athena, which stands nearly 42 feet tall and weighs about 12 tons. Both this statue and the building itself are exact replicas of the Greek wonder that sat majestically upon the Acropolis of Athens centuries ago.

Nashville's replica serves as the city's art museum, with a gallery featuring 63 paintings by 19th and 20th century American artists. Other galleries at the Parthenon host traveling and temporary exhibits. Be sure to take some time on your Nashville getaway to visit the incredible wonder of the towering Parthenon.

Reviews
This is one of the most amazing works of architecture I've ever seen (and I'm an interior designer!). The Parthenon is situated in Centennial Park, downtown, and houses an art museum. It is an exact replica of the original in Greece, so you can see it in all its glory! If you enjoy magnificent architecture, and history, you can't miss this!
Tasha - Nashville, TN