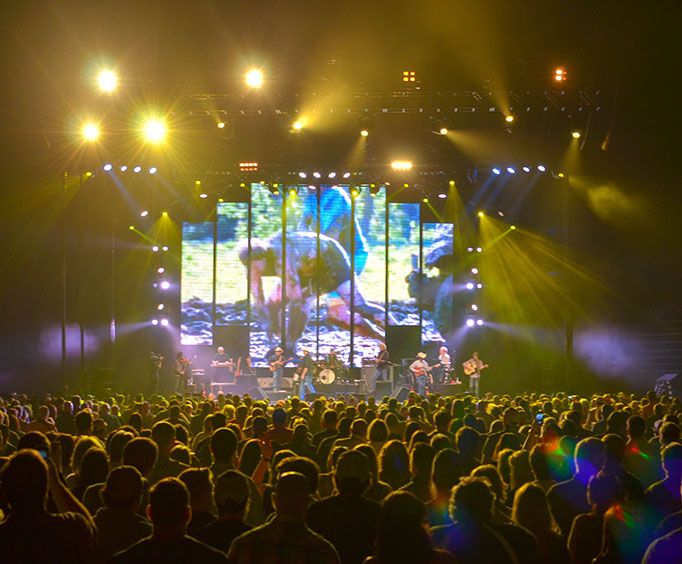 The New Nashville City Trolley Tour
4/2/2020 - 12/31/2020
This brand new city tour from the Grayline highlights some of the most amazing sites and more in the Nashville, TN area. Climb onboard an immaculate double-decker bus for an extremely memorable journey through some of the most popular areas of Music City.

The award winning Bridgestone Arena, located in downtown Nashville, TN; is home to the Predators National Hockey League team. It serves as the basis for many large scale Nashville area musical concerts, and features a seating capacity of anywhere between 17,113 to approximately 20,000 depending on the type of entertainment featured.

Opened in 1996 the arena has been seen various name changes, and has undergone significant renovation changes to adapt to the changing desire and needs of the city of Nashville. The arena became Bridgestone in 2010 and entered into a multiyear marketing and naming contract with the city’s hockey team, the Predators. The site features unique architecture that pays homage to it’s predecessor Ryman Auditorium, and taps into the city’s musical roots with nods to the Grand Ole Opry. The arena provides a variety of opportunities and events for the surrounding Nashville area; including such events as the United States Figure Skating championship, the U.S. Gymnastics championship, and numerous large scale music concerts.

With its location in downtown Nashville, TN, the Bridgestone Arena is a landmark destination for the city. If you are in the Nashville area, consider making time to take in a game of hockey, a basketball game, or attend one of its numerous musical concerts, and tradeshows.