YOUR PEACE OF MIND IS OUR TOP PRIORITY
Should you need to cancel at any time, you have up to 48 hours from your vacation start date to do so for a 100% future travel credit.
: BRANSON, MO THINGS TO DO  : BRANSON, MO SHOWS  : BRANSON, MO MAGIC SHOWS
Book Now! Click Here
Book Now!
??? ???

Planning a trip to the beautiful Branson, Missouri to see a magic show? 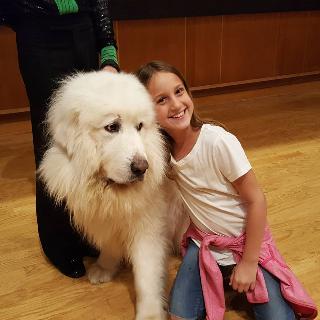 Head to the Andy Williams Performing Arts Centre and Theatre for a mystical evening hosted by world-renowned illusionist Rick Thomas! This amazing performer will put on a show that the entire family will be talking about for years to come. As a world-famous illusionist, he has completed five world tours covering over 50 countries and received countless honors including the coveted 'Magician of the Year' from the Academy of Magical Arts! Rick has performed for more than 15 years in Las Vegas and has even been featured on numerous television specials including The World's Greatest Magic and his very own special on ABC that aired throughout Asia. Audiences will be mesmerized by the talented magician as he performs the most incredible illusions in the world with a style all his own.

At the show, Thomas will perform the most innovative and captivating illusions in the world with a style that is unmatched by any other magical performer. His stage presence is unlike any other as he intertwines magic, dance, and music into an amazing show. As part of his unbelievable act, Rick incorporates brilliant birds, Great Pyrenees, and assistants into the show. There are beautiful costumes, hilarious comedy routines, and incredible dancing numbers. Audiences will be left in awe by his disappearing acts, mind-boggling illusions, and magical acts! You'll see this incredible performer levitate, disappear, and captivate even the biggest non-believer. Since the show is very interactive, you'll never know what's going to happen next. YOU could be the one that he calls up on stage!

Thomas comes from a family of performers. At the age of five, he joined his sister in ballroom dance competitions where they earned the title 'Amateur United States Ballroom Dancing Champions' while they were just in their teens! He grew up having an audience watch him and he learned practice, perseverance, dedication, and the struggle between winning and losing at a very young age. He began his magic career at the early age of seven. At eighteen, he had his own production at the Disneyland Hotel! Impressive, right? This show ran for two years before he began performing on over 300 cruises and fifty fairs. After five world tours, fifty countries, and fifteen years in Vegas, he brings his talent to Branson.
Rick Thomas is inspiring and leaves the audience with a positive feeling. Don't miss out on the chance to see one of the best magicians in the world while you're in Branson.
Reviews

"I will truly never forget the show."
I remember as a young girl i saw rick on tv with the white tigers and i prayed that one day i would get to see him in person. Well, dreams do come true, i didn't get to see the tigers in person but being able to rub those beautiful dogs were a blessing to me. Rick and the entire troupe was magnificent!! I enjoyed that they talked with people after the show. It was well worth waiting for and i will truly never forget the show. Rick changed my life forever. I met a beautiful couple sitting next to me who were celebrating their 50th wedding anniversary, so i prayed that they would receive something special that night and they did!! Rick called them onto the stage with the experience of a memory to add to their journey together. There are not enough stars listed to his performance but i am satisfied with superb.

Rick Thomas Illusionist & Magic Show Schedule
Full Calendar
Rick Thomas Mansion of Dreams:
You won't believe your eyes as talented illusionist Rick Thomas whisks you away into a world of magic with his incredible sleight of hand, jaw-dropping tricks and his strong passion for pursuing dreams. 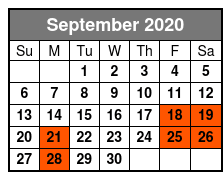 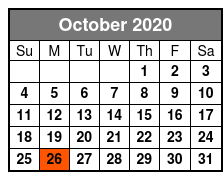 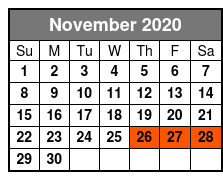 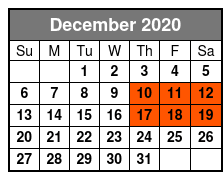 You do not want to miss out on an amazing performance by one of the most celebrated troupe of performers Branson has ever seen! Less

Sit back and be amazed with the incredible aerial acrobatics, vocal Read More

Sit back and be amazed with the incredible aerial acrobatics, vocal impressions, and mind-bending illusions of the talented cast of Hamners' Unbelievable Variety Show as they bring some of the best entertainment to the Ozarks! Less

The Haygoods, comprised of five spirited brothers and one vivacious sister, have been turning Branson audiences into fans for nearly three decades with their superb combination of musical talent and showmanship during their music show. Less

Celebrate a true icon of American popular music and the famous hits of one the greatest artists and bands of our time with New Jersey Nights:Frankie Valli and the Four Seasons tribute show. Less