Lake Tahoe: The Clearest Lake in the U.S.

Voted “America's Best Lake” by USA Today in 2012, Lake Tahoe offers visitors natural alpine beauty and fun activities on the slopes of the Sierra Nevadas. This beautiful area gives you the best in world-class casinos, lu 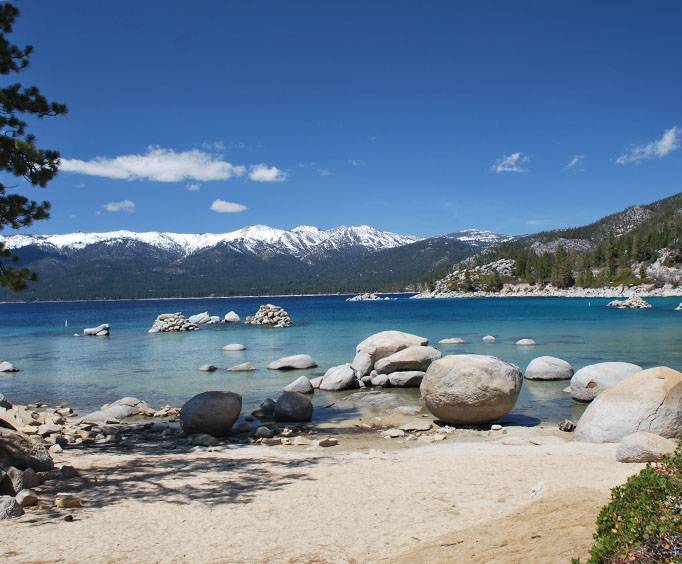 xury spas, and first-rate restaurants. The views and scenery along the coast make this one of the most stunning sights in America, and its crystal-clear waters place Tahoe as No. 1 on The BLT's Top 10 Clearest Lakes in the U.S.

Why is Lake Tahoe so clear? Located in the Tahoe Basin in the Sierra Nevada mountain range, this large freshwater body of water is the largest alpine in North America. Coming in at 1,645 feet deep, it is the second deepest body of water in the United States and third on the continent, and it holds approximat 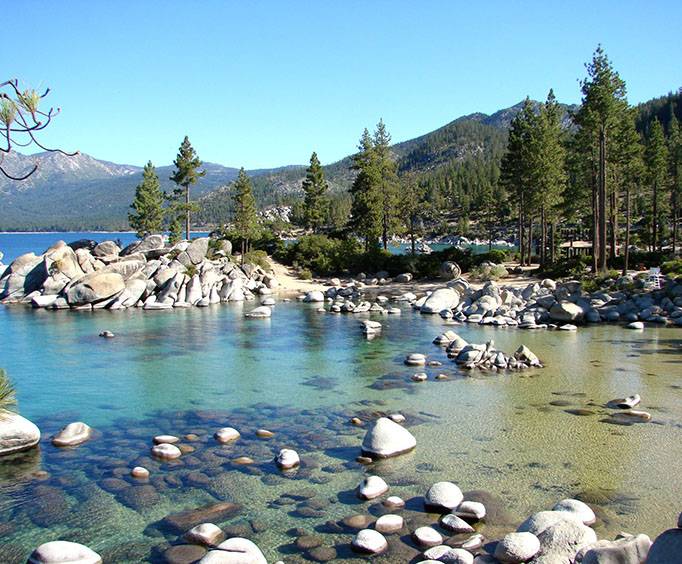 ely 39 trillion gallons of shimmering, deep blue water. The mountain peaks vary from 9,000 to nearly 11,000 feet high, forming the perfect basin between them so that the surface of the water reaches an elevation of 6,225 feet above historical sea level. lake tahoe clear water

This beautiful area began to form 3 to 5 million years ago when the valley that would become the Tahoe Basin sank as the mountains around it continued to rise. A shallow body of water began to form in the valley, and volcanoes and glacial ice played ma 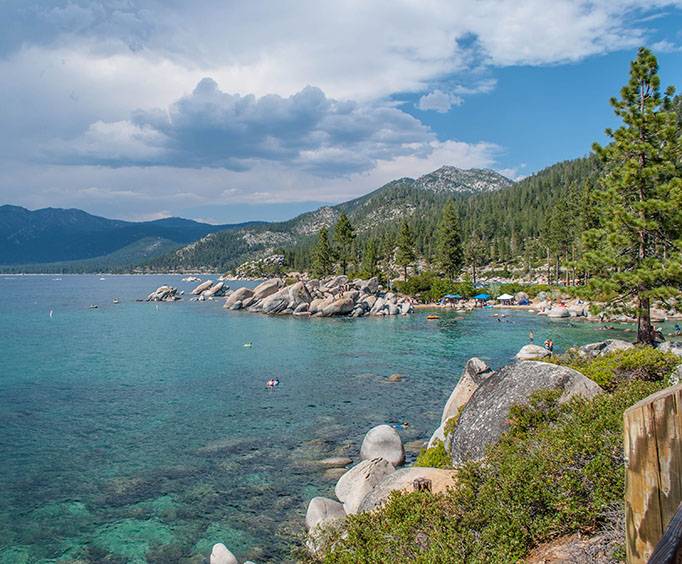 jor roles in shaping the area we see today. It began approximately 2 million years ago and now stretches over 20 miles along the northern California-Nevada border. With this rich history, it is considered to be ancient and is counted among the 20 oldest lakes in the world.

Known as the purest lake in North America, Lake Tahoe offers the freshest, cleanest water available. While commercially distilled water is 99.998% pure, the lake measures 99.994% pure, making it one of the purest lakes of its size in the world. The clarity of the lake, which was first scientifically measured in 1968, is figured by measuring the depth at which an eight-inch diameter white disk disappears from view. This clarity has always been strong, as historical accounts suggest the water may have been as clear as 120 feet in the 1880s.

First inhabited by the Washoe Native Americans, Lake Tahoe is the aboriginal homeland of the tribe, many of whom still live on tribal lands in the Reno, Carson Valley, and Gardnerville areas of Nevada and in Woodfords, California. The name Tahoe comes from a mispronunciation of the term that the Washoe used for their homeland: “Da ow a ga,” w 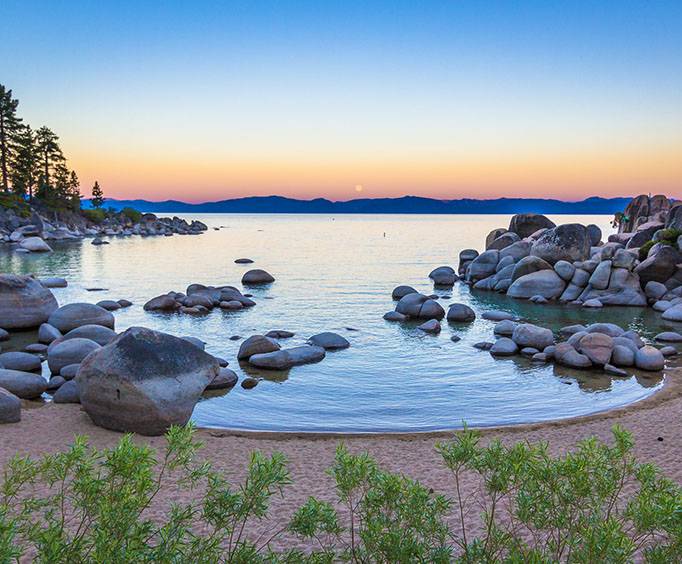 hich means “edge of the lake.” These crystal-clear waters were used for healing and cleansing, until miners and settlers flocked to the region in the mid-1800s.

Now, this edge is full of interesting sites and historical landmarks. From Camp Richardson Resort, which has been offering their services as a waterfront retreat since 1924, to Zephyr Cove Resort, built in 1900 during the Comstock silver mining boom, and from Inspiration Point Vista to Vikingsholm Castle, both of which offer spectacular views of Emerald Bay, Tahoe has so many things to show its visitors.

Temperatures in the area range from mid-20s to mid-40s ?F in the winter months and from mid-50s to low-80s ?F in the summer, but the surface water temperature rarely goes below 40 ?F and never freezes. At its warmest in the summer months, the surface can reach 75 ?F in August. No matter which season you visit, these mild temperatures allow cruise ships to operate year-round. Visitors can take in the sights with an enthralling cruise aboard the M.S. Dixie II or enjoy one 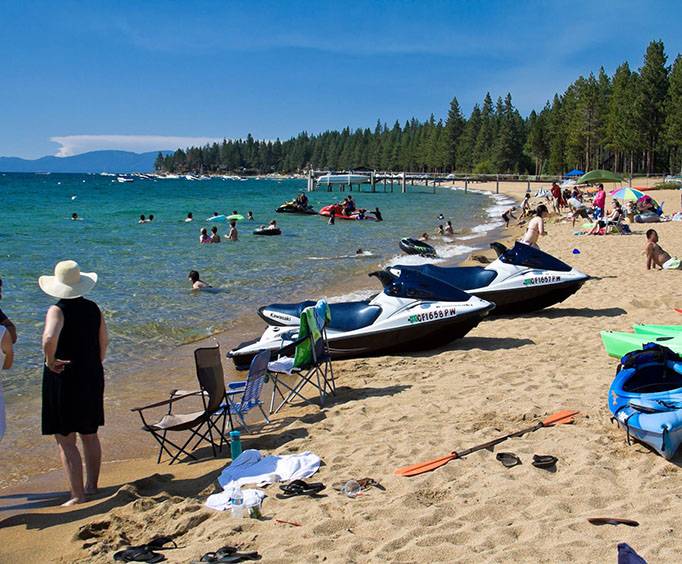 of the many other sightseeing cruises.

In the summer, the area promises a number of exciting activities including hiking, boating, and relaxing on one of the many beaches. The trails are fantastic for finding spectacular views, and bike paths allow quick travel around the area. The area is also filled with restaurants, marinas, and live music shows in the evenings. Take a paddlewheel boat or a gondola out on the water or experience adventurous rope courses and zip lines.

Even in winter, Lake Tahoe is full of life. Spend the day up on the mountains, where you can ski, sled, 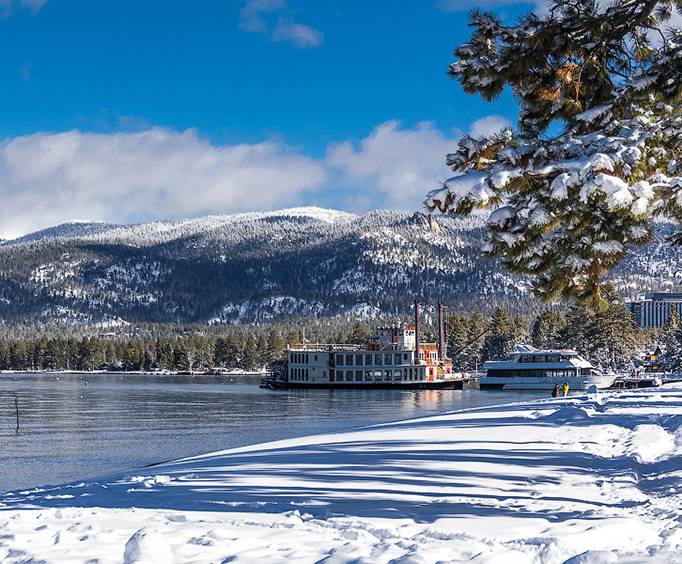 snowshoe, take a sleigh ride, hop on a snowmobile, or put on some skates to experience the ice firsthand. Resorts like Sierra-at-Tahoe offer skiing and other winter fun. There are plenty of other activities in town as well, including the gear shops, unique boutiques, art galleries, and historical sites. For other fun activities to do when you visit this magnificent area, check out the Top 20 Things to Do. You can additionally book lodging options.

Approximately 3 million people agree that Lake Tahoe is a wonderful and beautiful place to visit year-round. The area is visited by the same number of visitors that travel to Grand Canyon National Park and Yellowstone National Park each year, making it one of the most sought-after destinations in America.