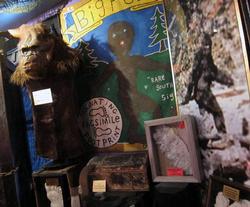 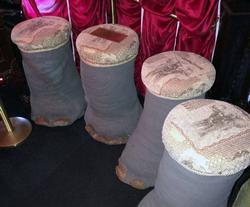 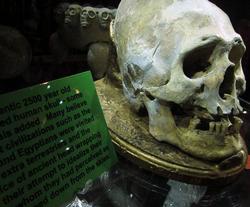 Wolf's Museum of Mystery is Wolfgang Von Mertz' personal abode, and is home to a rare collection of curious items from all over the world. You won't find this alluring destination in any travel guide, but it is certainly a place you will be glad you visited.

Born in 1974 as the youngest of 8 children, Wolfgang Von Mertz had an interesting childhood. He lived in a family of hoarders who would often pass their hoards down to him. Growing up in that lifestyle made him appreciate some of the more interesting things in life as well as gain the ability to amass a vast collection. The oldest item that can be found in his home is a risqué collection of Marilyn Monroe postcards that Von Mertz obtained when he was just 13 years old. Alongside his wife Ali, the two operate this museum in their Victorian-style home which sits in what they call an eclectic city with few limits.

While the collection is full of oddities like Lizzie Borden's Bloody Boudoir, an Alien Mortuary, and a Dark Art Room that houses an obscene ash tray that belonged to a KKK Grand Wizard, Wolfgang is not what most people expect. He's not a social pariah, in fact, he is a very successful Florida attorney who is both well educated and well traveled. His wife serves as his paralegal. His day job in the legal field, as he has stated, helped fund his museum and aided him in acquiring his vast collection.

For an interesting day and an unforgettable collection of oddities, stop by Wolf's Museum of Mystery located in St. Augustine, Florida. This museum houses a strange and odd collection of weird items that will mesmerize you. For a great adventure and lots of fun, head to this amazing museum today.