YOUR PEACE OF MIND IS OUR TOP PRIORITY
Should you need to cancel at any time, you have up to 48 hours from your vacation start date to do so for a 100% future travel credit.

Timeline and Duties of a President-Elect

Now that the General Election is over, many people are wondering what happens between the time when the new president is selected and when they are sworn in on Inauguration Day.

Once all the ballots are tallied up on election day, the winning candidate becomes known as the president-elect until they officially take office as the president on January 20. While a President-Elect may be eager to take up an office in the White House already, there are many pr 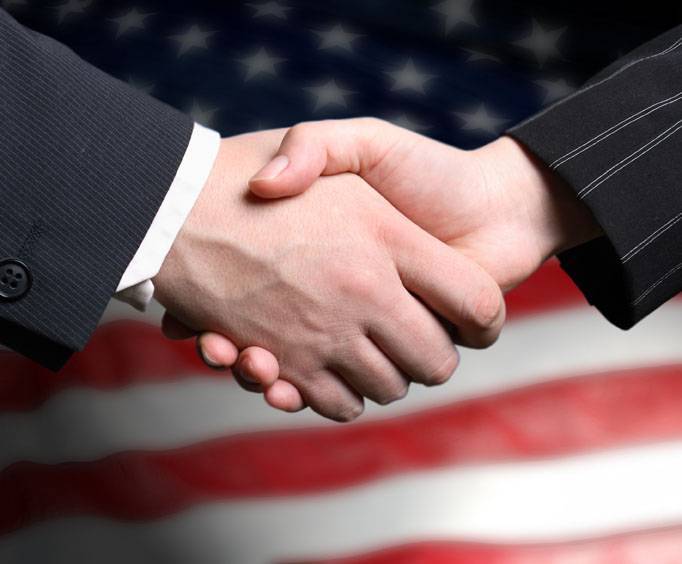 eparations that need to be made for a smooth transition from one president to the next – and technically, they haven't even been sworn in yet.

Although the president-elect is not official until early January, they must spend the majority of their time between Election Day and Inauguration Day appointing different positions and in general preparing for the transition of power. One of the most vital parts of this is putting together a presidential transition team to help ease the process, and this begins before the public has even chosen their future President. Candidates of major parties are prepared to launch their transition team as soon as they have won on Election Day.

Both the sitting President and the President-Elect are required to have their own transition teams to organize everything. In fact, a law enacted by Congress requires the 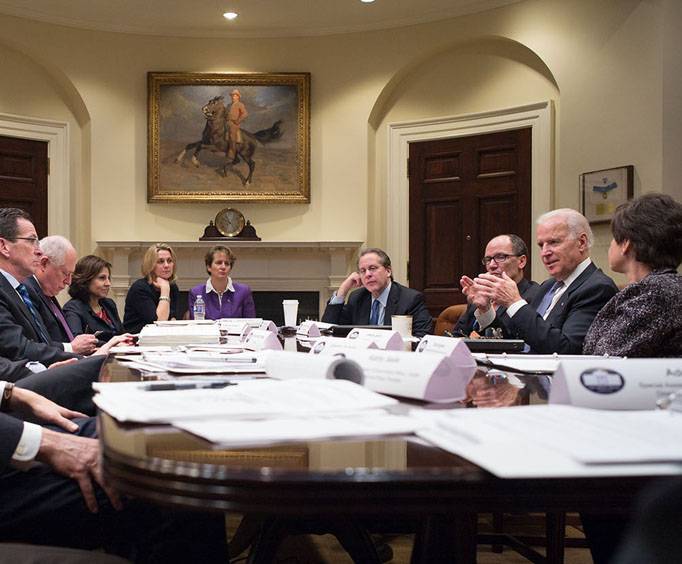 sitting President to establish transition councils be June of an election year, and the National Academy of Public Administration (NAPA) launched a new program called Transition to help provide management and procedural advice to the leading candidates so they can form properly functioning transition teams.

Originally, Secret Service protection did not include Presidential candidates, but after the assassination of United States Senator Robert Kennedy in 1968, Congress passed PL-90-331 to give protection to major candidates and their spouses in order to maintain the integrity of the democratic process.

This protection is authorized by the Secretary 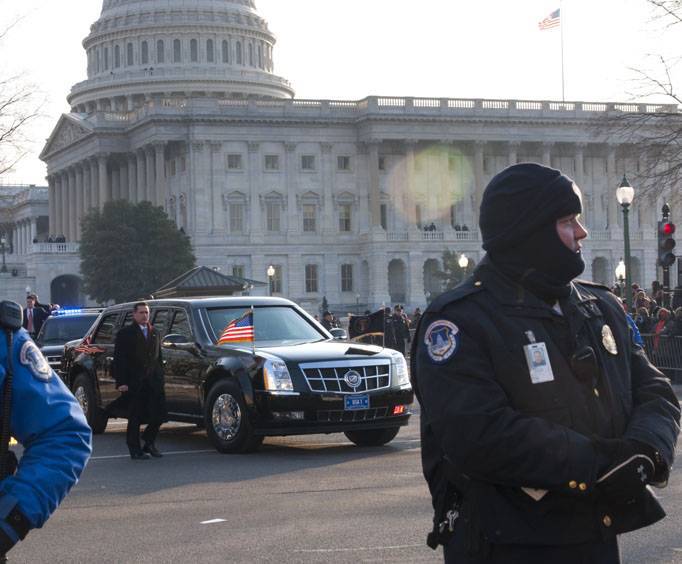 of Homeland Security after consultation with the Congressional Advisory Committee, which includes key members of the House and Senate. In order to be eligible, the candidates must be publicly declared, actively campaigning, part of a qualified party, and have raised a substantial amount of money on the campaign trail. These candidates are to receive Secret Service protection within 120 days of the General Election, though many receive it much sooner. While it is rare, candidates can decline the protection.

Our current major candidates and their spouses have already been receiving such protection for months, but after Election Day, the President-Elect will more vigilant protection from the Secret Service.

On the first Tuesday after the first Monday of November, voters all across the country cast their votes for the offices of the President and Vice President of the United Sta

tes, as well as a number of other offices on a national and local level. But many people are unaware of the fact that their vote actually selects groups of Electors in the Electoral College, and that those Electors will be the ones to officially select the President and Vice President.

The process can be long and drawn out, and it comes from a discrepancy between the Founding Fathers. While some of the Founding Fathers wanted the President to be elected by the popular vote of the country, others wanted Congress to choose their leader. The compromise that the Fathers chose became what we now know as the Electoral College, in which each state has a specific number of Electors that are equal to its number of Congressional representatives, plus three Electors for the District of Columbia. When we cast our ballots in November, our popular vote determines which candidate wins all the state's Electoral Votes. This is true for 48 states, b 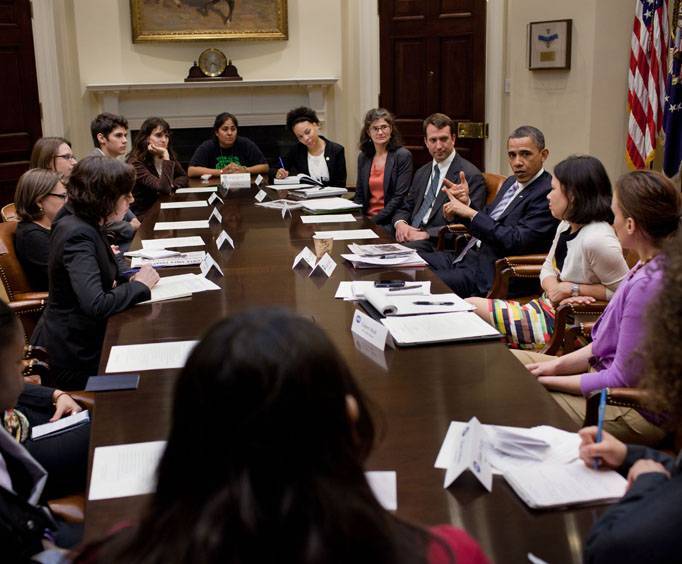 In order for a candidate to win the Presidency, they must accumulate at least 270 Electoral Votes.

As a Presidential candidate, the nominees of each major political party have already been receiving intelligence briefings since the summer conventions. This practice will continue after the President-Elect is chosen by the public on Election Day all the way until Inauguration Day in January, but the pace of the briefings intensifies.

The tradition of presidential front-runners being given their own top-secret briefings was started by President Harry S. Truman in 1952 after he was forced to learn about the creation of the atomic bomb in the Manhattan Project a whole 12 days after becoming Pres 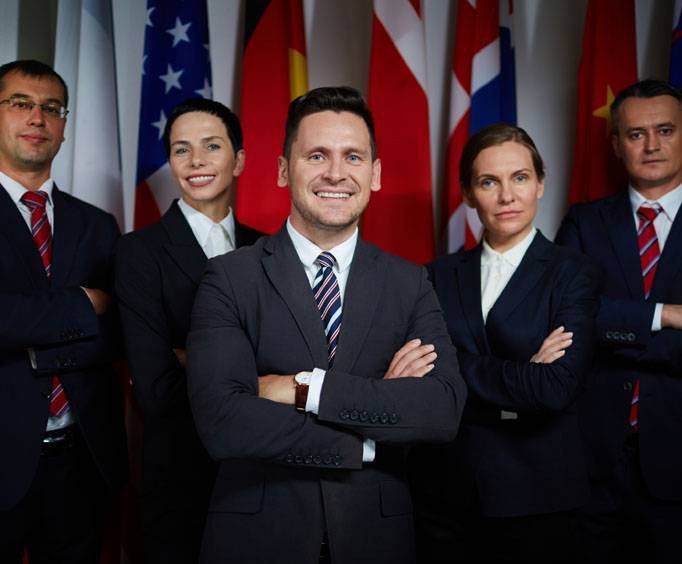 ident. At the time, President Truman remarked, “There were so many things I did not know when I became President,” and that he did not want any future President to suffer the same misfortune.

Created in 1939 by President Franklin D. Roosevelt, the Executive Office of the President (EOP) has a wide range of responsibilities, including communicating the President's message, promoting the country's trade interests abroad, foreign policy, and much more. While there are many staff members in the White House, the essential staffers are known as the President's Senior Staff, which is comprised of the Chief of Staff, Deputy Chief of Staff, and other Senior Advisors.

Of all the positions in 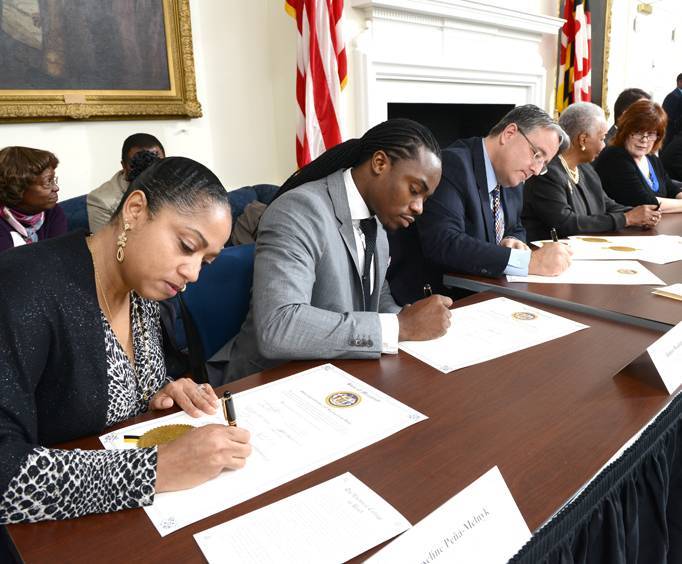 The Chief of Staff position, as the most important, will be filled immediately after the Election, and he will use his expertise to select the rest of the White House staffers in the following month. These positions have probably already been discussed prior to Election Day, and many of them will 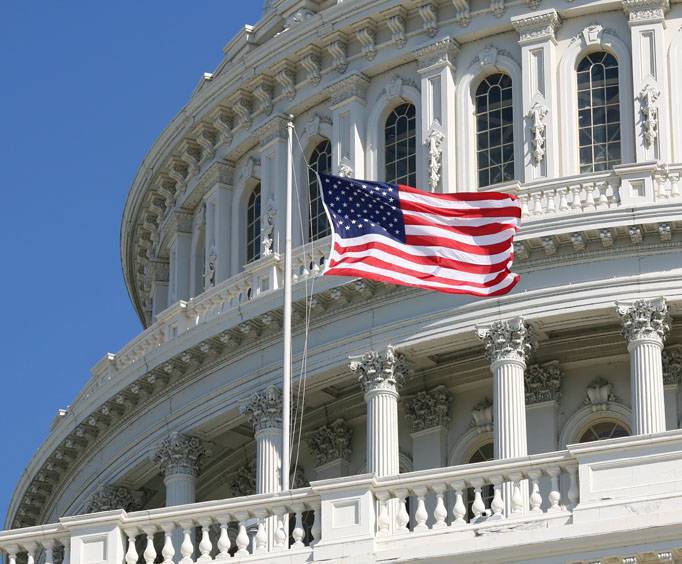 be filled by members of the campaign.

Comprised of the heads of each federal executive department that makes up the United States Government, the Presidential Cabinet is essential to a well-functioning government, and the President-Elect must select each Cabinet Secretary with the utmost precision.

There is a total of 15 Cabinet members, all of whom must be approved by the United States Senate, but the most important positions are Secretary of State, Secretary of the Treasury, Secretary of Defense, and the Attorney General, who is the head of the Justice Department. Other important positions that must be filled at the same time and with the same amount of care as the Ambassador to the United Nations and the Director of Office of Management and Budget, among others and these positions are subject to Senate approval as well.