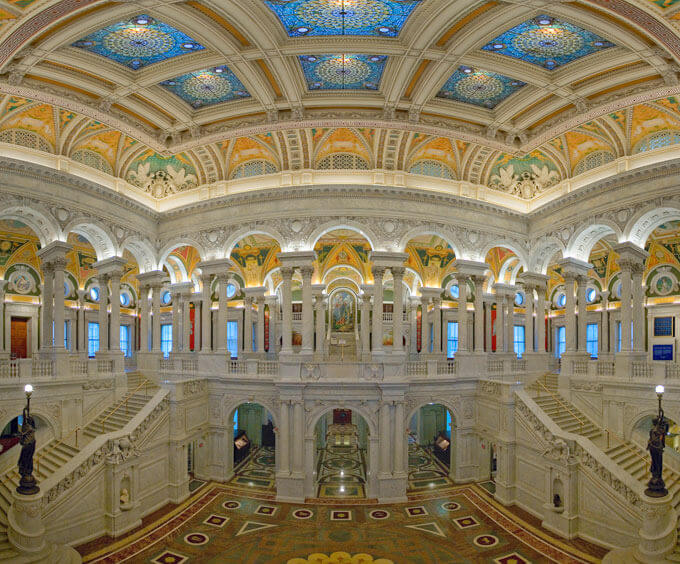 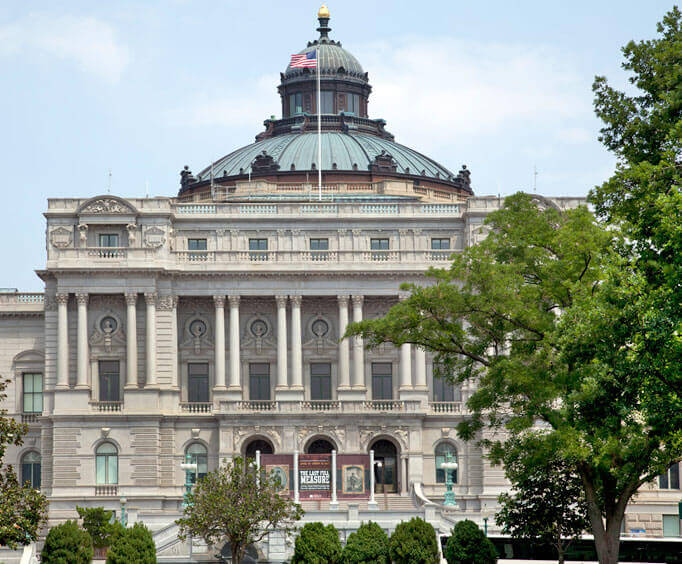 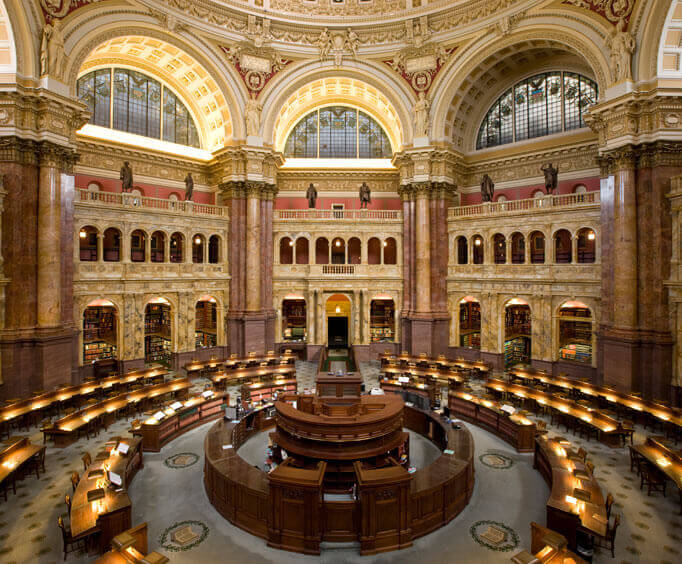 
Visit DC to the Library of Congress is the nation's oldest federal cultural institution and serves as the research arm of Congress. It is also the largest library in the world, with millions of books, recordings, photographs, maps and manuscripts in its collections. The Library of Congress occupies three buildings on Capitol Hill: The Thomas Jefferson Building, The James Madison Memorial Building and the John Adams Building.


The Library of Congress moved to Washington in 1800, after sitting for eleven years in the temporary national capitals of New York and Philadelphia. The small Congressional Library was housed in the United States Capitol for most of the 19th century until the early 1890s. Most of the original collection had been destroyed by the British in 1814 during the War of 1812. To restore the collection in 1815, former president Thomas Jefferson sold 6,487 books, his entire personal collection, to pay his debts.


Entrance to the Thomas Jefferson Building, directly east of the US Capitol, is free and open to the public.  You may participate in a guided tour, or take a self guided tour of the building and exhibitions.


The Library of Congress Tour:

Take a free one-hour walking tour of the historic Thomas Jefferson building to learn about its symbolic art and architecture. Volunteer docents tell the story of the Library, America's oldest cultural institution: its history, collections, and services for Congress and the nation. These tours are available Monday - Saturday, departing hourly on the half-hour, beginning at 10:30am, and open on federal holidays with the first tour at 9:30am. The Jefferson Building is closed on Sundays, Thanksgiving, Christmas and New Years Day.


There are two tours available upon request for groups of 10-25:


Thomas Jefferson: The Man and His Ideas Tour

This one hour docent-led tour of the Library's Jefferson Building and its exhibitions tells visitors about Thomas Jefferson's life, his works, and his influence on this institution and the nation. Tour participants will also hear about elements of his personality and philosophy, historians' differing views of Jefferson, and Jefferson's legacy.


There is very limited, 2-hour paid parking, and no public parking available at the Library of Congress. It is best to use public transportation.


See these articles for information about touring other Washington DC buildings:

Get your DC vacation started today!